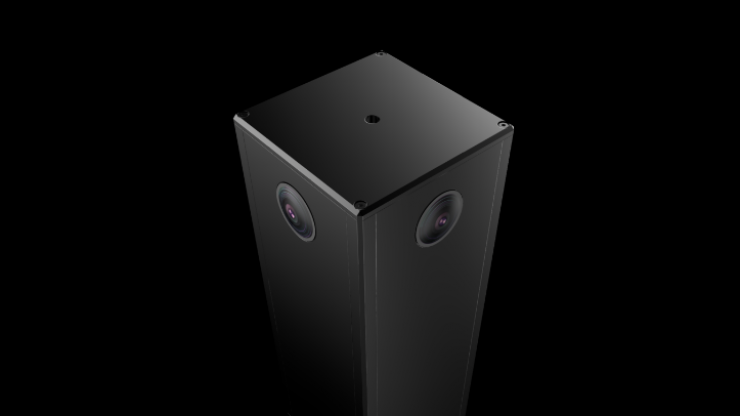 Although 360 camera choices are becoming more muddled at the consumer level as more and more options emerge, the view—and the video quality—is usually much clearer from the top.

And, as of last week, pro VR videographers can expect another top-tier 360 camera option—this time from Sphericam. At NAB Show New York, the two-year-old startup unveiled the latest addition to its 360 video camera lineup, the Sphericam Beast.

The cinema-grade 360 camera system captures uncompressed 360 video at a resolution of 6K at 60 fps, and can also be used to live stream 4K video at 30 fps. The system also features closely positioned 1-inch sensors for smaller parallax and easier stitching and produces 10-bit RAW files, which—along with the larger sensors—offer deeper colors and improved low-light performance, according to Sphericam.

Here are two examples of the Sphericam Beast in action:

To improve the 360 workflow on-site, the Beast comes with four 5-inch HD displays to offer a live preview of each of the system’s cameras, connected via HDMI. The system can also live-stitch for immediate headset playback through a streaming service at a resolution of 4K at 30 fps for even deeper on-site review (via Ethernet).

The camera, which looks more like an old-school speaker than a camera, features four 190-degree fisheye lenses oriented 90 degrees from one another around the equator of the camera. Its two-piece design also allows for the camera to be up to 5 meters above the rest of the system.

On/off, record, shutter, ISO, digital gain and white balance controls are available on the system’s processing box, or by computer nearby. The camera also offers a 2-hour continuous use battery life and makes it easy to utilize your existing equipment by relying on industry standards (XLR power, Ethernet for transfer, V-mount batteries and M.2 SSDs).

Another key feature of the system is its four built-in solid-state drives that allow data transfer speeds to 2.8 Gbps (for reference, the Samsung Gear 360 has a bitrate of 61 Mbps).

The Sphericam Beast is the third 360 camera from Sphericam, which successfully launched its first camera on Kickstarter in 2012, but it is the first pro-grade camera from the company.

Sphericam has yet to announce a price or commercial launch date for the Sphericam Beast, which was developed in secret over several months, but it is expected to cost much more than the company’s Sphericam 2, which launched at $2,499 and features six lenses and 4K resolution.