Panasonic announced the much-awaited GH5 yesterday, and while we didn’t get that many details, we do have the headline spec of 4K 60p and 10-bit 4:2:2 recording to the SD card. 6K got quite a few people excited, but at the moment it’s just a mode for photos and not video. 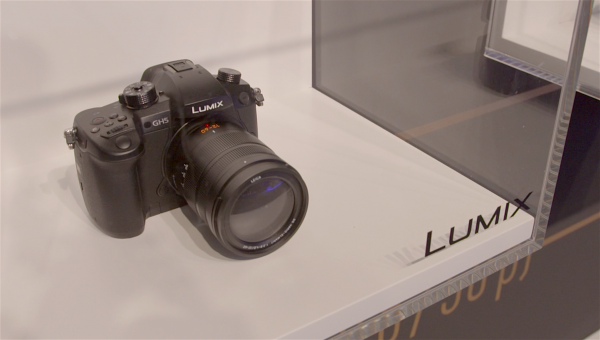 We went down and talked to some senior Panasonic folks about the camera, and while we asked all the obvious questions…we sadly got very few answers. That’s because Panasonic won’t be releasing the camera until sometime in 2017, so until all the specs are fully finalized, they are being tight-lipped about even basic things like the recording codecs and the sensor size. All signs point to it being a Micro 4/3 sensor like the previous camera (especially because of the new lenses), but it’s possible they could do something different.

If Panasonic can deliver on the specs that people are looking for, and at a price that makes sense, the GH5 could see quite a few sales like the GH4.