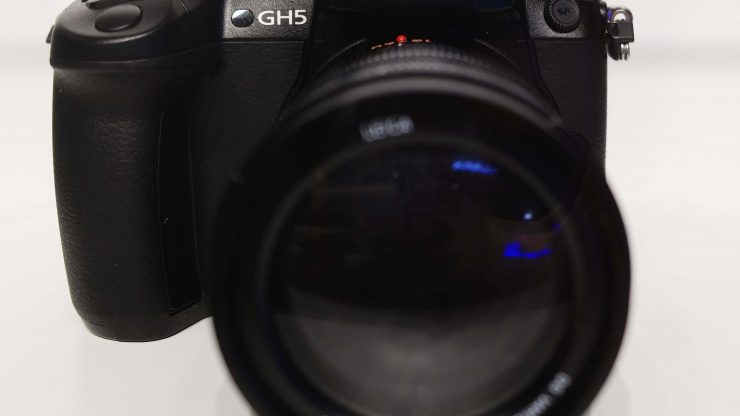 At Photokina in Cologne Panasonic today announced the development of the long awaited GH5. It will shoot 6K video in 30P and 4K at up to 60P. It isn’t clear how the 6K function works at this stage as they refer to it as a photo/video mode.

It can record 10-bit 4:2:2 internally and the prototypes have a similar design and layout to the current GH4. On the stills front it has a 60fps 8 megapixel photo burst mode. 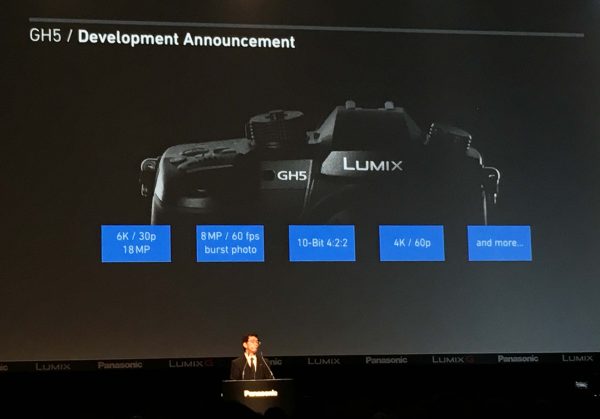 This was not a full product launch and further details were extremely scarce. In our interview with Panasonic they couldn’t tell us the size of the sensor, or what codecs and bitrates the camera will have. They were also unable to tell us a price. 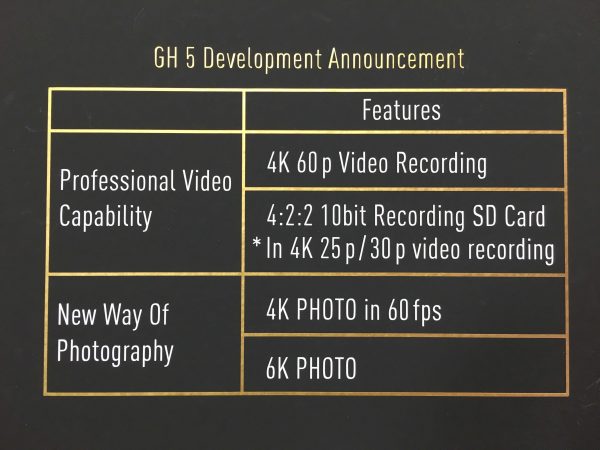 What was on display were several prototype cameras and a nice looking XLR backpack accessory that had twin inputs and the usual pro audio controls. Also announced were a trio of new pro zoom lenses with Leica branding. These are designed for both photo and video use, although I suspect they are still fly-by-wire manual focus. 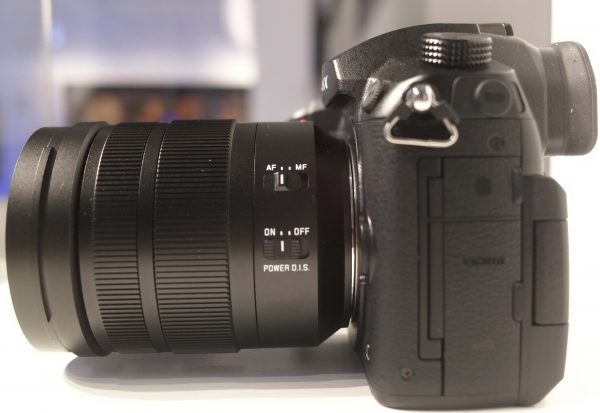 Perhaps the most reassuring thing we learned from today is that several experienced GH4 users are actively involved in the development of the camera. Nick Driftwood, who developed the Driftwood hack settings for the GH2, is one of those now working with the company.

The release date of the camera wasn’t given but we were told it would be some time in 2017. They did say that the GH4R is still current and won’t be immediately replaced.