At the IBC Show in Amsterdam, Lupo were showing off an extremely bright 1×1 LED panel called the Superpanel. Lupo claim that their new light is capable of putting out over 21,000lx at a distance of 1 meter. We haven’t been able to independently verify these claims, but judging by the output that we saw those figure could very well be true. 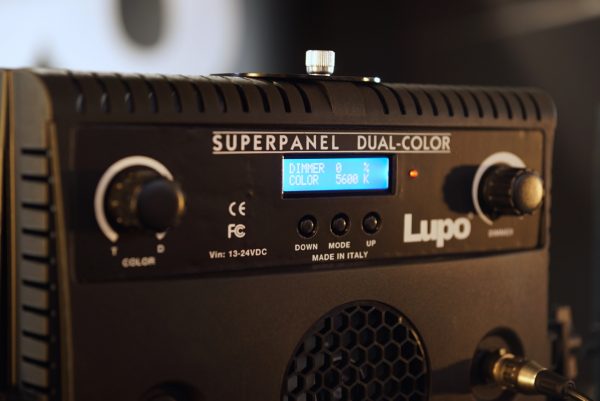 The new 1×1 panels look to be a very good solution for news crews who are looking for a high output light source that can be run for a few hours off a camera battery. The light has a 40 degree beam angle which is good for controlling light spill. 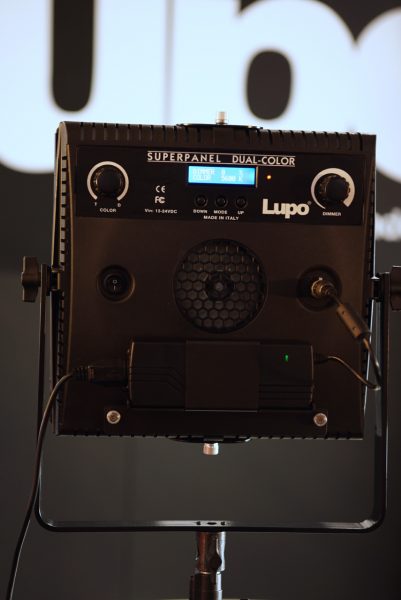 The Superpanel has a built in fan like the Litepanels Astra series, and it can be turned off, but you then lose 50% of the lights output. I couldn’t really see need to turn the fan off as even when you put your ear right up against the fan you couldn’t hear any noise. 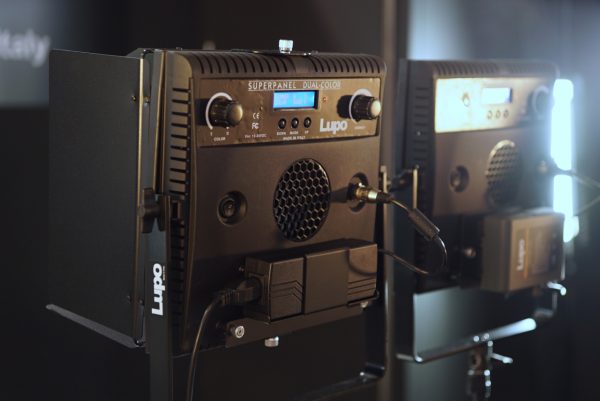 Two versions of the Superpanel are available, a daylight 5600k only version, and a bi-colour (3200-5600k) variant. Both lights could be fully dimmed from 0-100%. Lupo claim that the lights have a high CRI and TLCI, but Newsshooter will independently test the lights to see how they actually perform.

The lights are expected to start shipping in the next few weeks and the price for the 5600k version will be around €900 ($1010 US) and the bi-colour will be just above €1000 ($1123 US). These prices are around half the cost of the high powered Dedo Felloni Turbo 1×1 which is still yet to ship.