Canon has finally produced a more traditional digital cinema camera, moving away from the previous form factor first introduced in the C300 back in 2012. 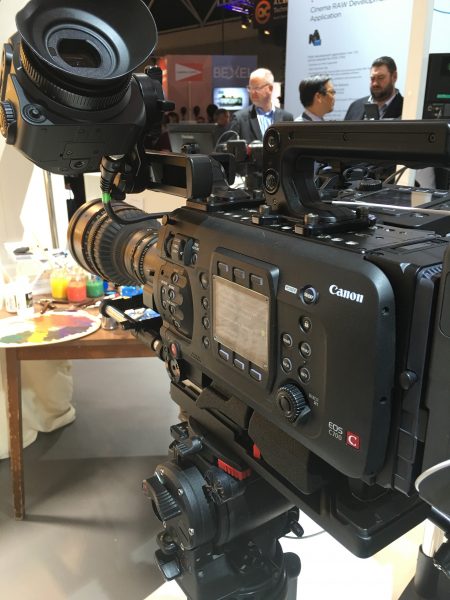 The C700, announced earlier this month (to lots of varying opinions), is designed to be better balanced, especially when you start adding accessories like the new Codex recorder, which slides on the back and is necessary to shoot 4.5K RAW up to 100fps as well as 4K RAW up to 120fps. In addition, with that recorder you can get up to 4K 60p ProRes. Sensor crops in 2K/HD will give you 180fps in ProRes and 240fps in XF-AVC.

Check out some previously posted footage of the C700 in action:

ProRes is one of the big additions here, something many have been asking for since the beginning. The camera can shoot 4K 30p and 2K 60p in ProRes, while it can do 4K 60p and 2K 120p in XF-AVC — all of which can be recorder to the two internal CFast card slots. 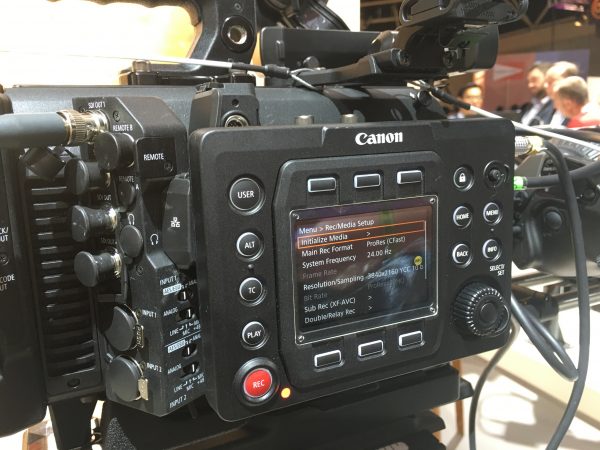 The camera is going to come in a few different versions, PL and EF mount, switchable by Canon, as well as a global shutter option which will initially only ship with PL mount. The dynamic range of the rolling shutter camera is expected to be 15 stops, similar to the Canon C300 Mark II, and the global shutter version should be a stop less. 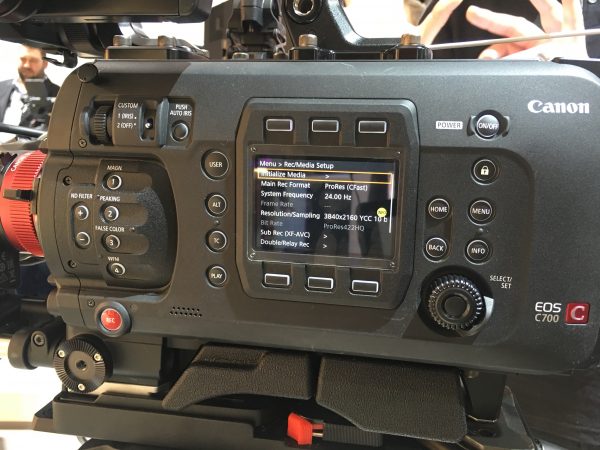 We’ll see how this camera does when it’s finally released, but it’s certainly going to be facing a lot more competition, especially as it will retail in the high $20K/€20K range, with a full package closer to $40K/€40K if you’re getting the viewfinder and the Codex recorder (which alone could retail for $6,000). Only time will tell how many users actually convert to using this model over other similar cameras from Sony, ARRI, and RED.