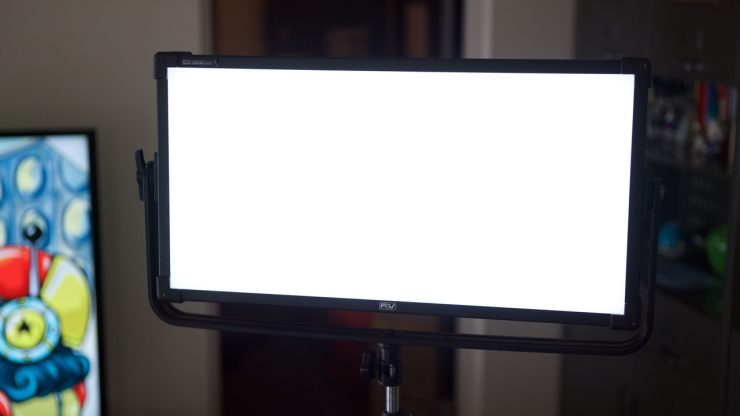 2×1 LED panels may not be as popular as their 1×1 counterparts, but they can make a nice addition to your lighting arsenal. In most cases they offer a greater output, wider light source and the ability to light a subject either horizontally or vertically. The downside to 2×1 panels is obviously when it comes to travel. It’s not the weight that is the problem, but the physical size. Transporting and flying with a light that is 60cm (23.6″) long with its yoke attached is no easy task. 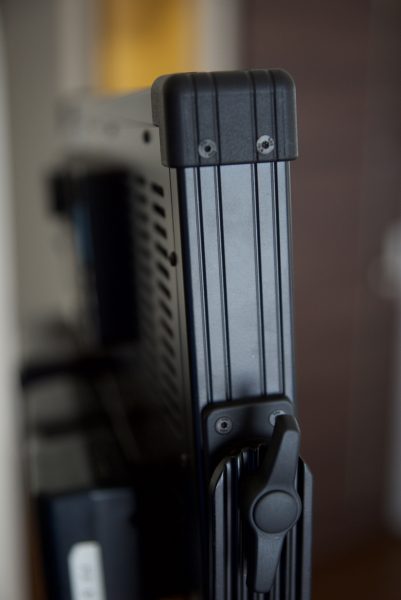 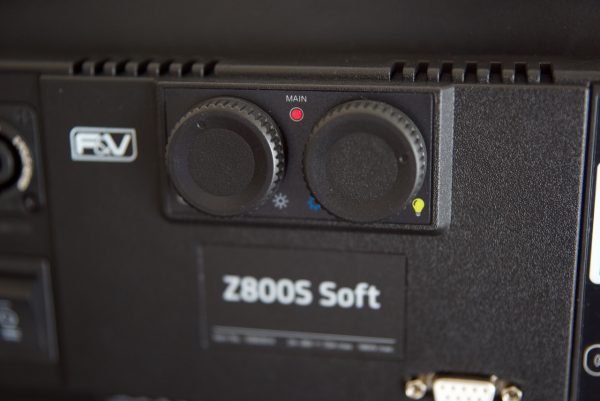 The Z800S has two physical dials, one for adjusting colour temperature and the second to adjust power output. There is also an LCD display where it is very easy to toggle between the two to see a clear visual indicator of your settings. 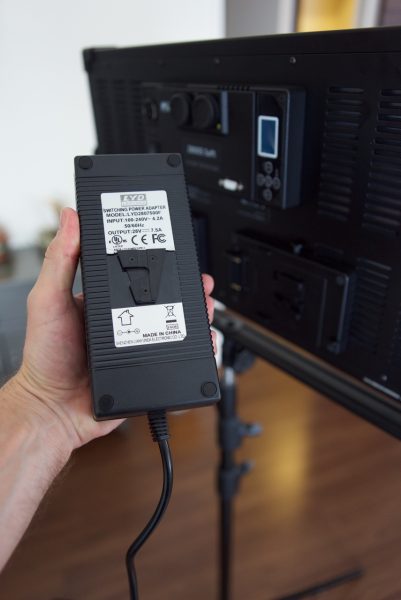 To power the light you can attach a power supply that has a V-lock wedge directly to one of two V-lock plates on the back of the Z800S (an Anton Bauer option is also available). The power supply I was testing was just a prototype and did not fit very well on the V-lock plate and wobbled around. F&V have a new production version that will ship once the light is available that will not have this problem. 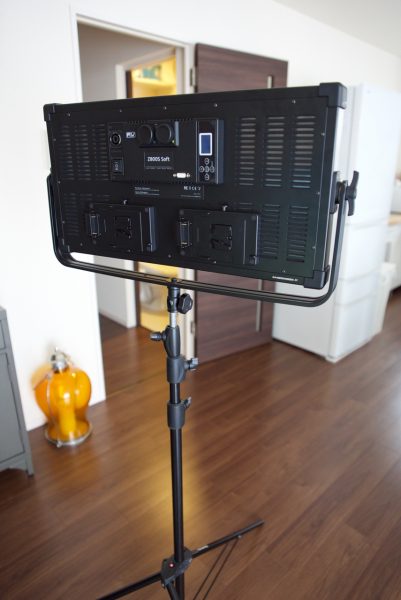 The light draws 180W, which means that if you intend on running it off a camera battery you’re going to need two. Despite this, it is still a nice option to be able to remotely power a higher output light such as this in the field. The light doesn’t feature a fan and it does tend to get very hot when left on for long periods of time. The heat it was generating was far greater than any other LED light I have tested.

The Z800S has a nice wide 130° beam angle, and this coupled with its wide (or high depending on how you mount it) physical dimensions makes it a great choice for lighting up large areas. I found this to be one of the light’s best strengths and you can get away with illuminating quite a large space using just one light: something that’s very hard to do with a smaller light. The light is also flicker free up to 15000fps which is handy.

As the name suggests, the Z800S is roughly twice the size of its smaller sibling the Z400S. Both lights are part of F&Vs UltraColor range. I have previously reviewed the Z400S and I was interested to see if the Z800S could match it for colour accuracy. Even though LED technology has improved greatly, historically the larger the LED light the less colour accurate they tend to be, although that has started to change. I also wanted to see just how much more output the Z800S put out over the Z400S. In theory it is just two Z400S panels in one housing, so the output should be very close to being double.

At 3200K the light produced 4040lx and at 5600K 4290lx. When I tested the Z400S it produced 2020lx at 3200K and 2250lx at 5600K. These results were pretty much expected, with the only variable being that the Z800S didn’t quite have double the power output at 5600K of the Z400S. The power output was nonetheless still quite impressive for a soft source that could be used in interview environments. I usually find that a light source of at least 3000lx (before you add diffusion or a softbox) at a distance of 1 meter is required for use as a key light when shooting a interview.

The light was also very colour temperature accurate and the ⊿uv (the value to show how much this light is away from being an ideal light source (black body radiation = incandescent lamp) score was almost perfect at -0.0002 when tested at 3200K. At 5600K it also recorded a ⊿uv reading of -0.0002, showing that the light is extremely consistent across the colour temperature spectrum.

Next I wanted to test the light’s colour accuracy at both 3200K and 5600K. Again I used the Sekonic C-700 and the results can be seen below. 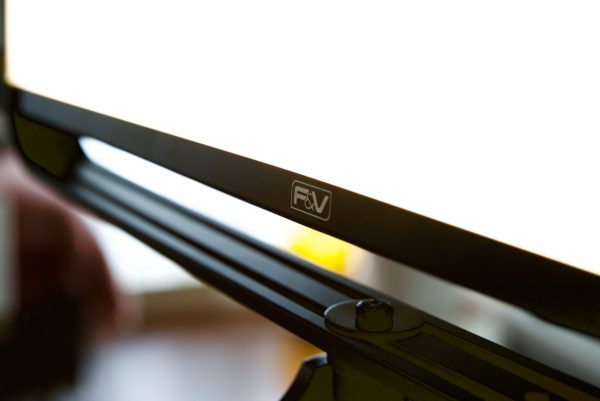 The only other 2×1 panels I have tested so far have been the bi-colour flexible panels from Aladdin and Westcott. As they don’t feature built in diffusion I will only compare them for colour accuracy up against the Z800S.

While both the Westcott and Aladdin beat out the F&V when it comes to colour accuracy, it is important to remember that CRI values of less than five points are not significant, e.g., light sources with 80 and 84 CRI are essentially the same. In saying that a very high (90+) CRI is desired in applications where the appearance of colours is critical. 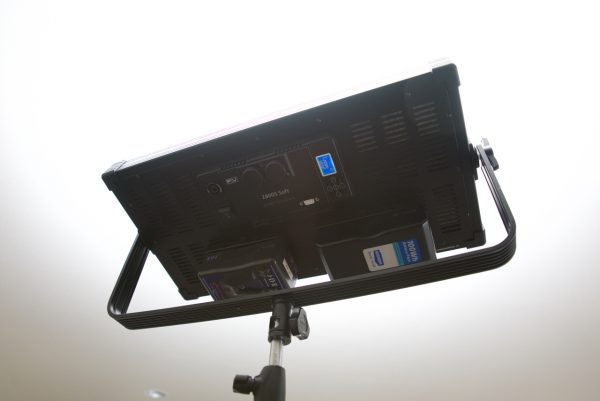 I have been quite impressed with the Z800S after spending some time using it. My initial reaction when first receiving the light was that I thought it would be too big for a lot of the work that I do that requires travel. While that opinion hasn’t really changed I have found it a very useful light for jobs locally in Japan where I don’t need to fly. The light source it produces is very soft and it creates very subtle shadows. The 130° beam angle as I mentioned earlier allows you to light up large spaces and I particularly like using the Z800S up high on a lightstand. It works equally well bouncing into a wall or ceiling to produce a nice indirect soft source.

For use during interviews the light really does require a softbox to control the wide beam angle. Unfortunately I wasn’t able to test it with a softbox as F&V didn’t have one available yet, but the KS-2 softbox that works with the light should be available when the light starts shipping. If you are planning on using it for interviews without a softbox you are going to get an awful lot of light spill, but that may well work depending on the look you are going for. 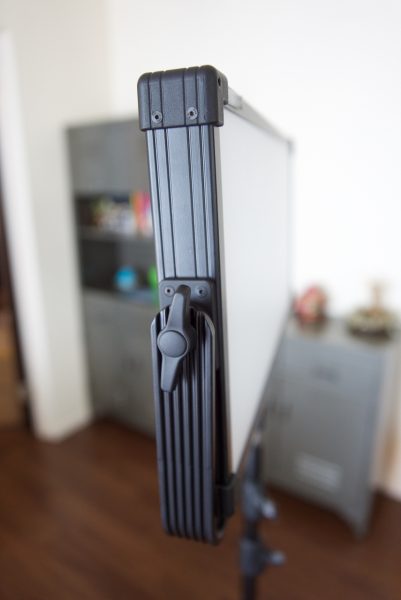 As far as 2×1 LED lights go, the Z800S certainly isn’t as versatile or travel friendly as a flexible panel. The Z800S is also a lot more power hungry, however it is extremely quick to set up and its wide beam angle allows you to get away with using one light instead of two to light up a larger space. To be fair to F&V the Z800S is not really being targeted at people looking to buy flexible LED panels. 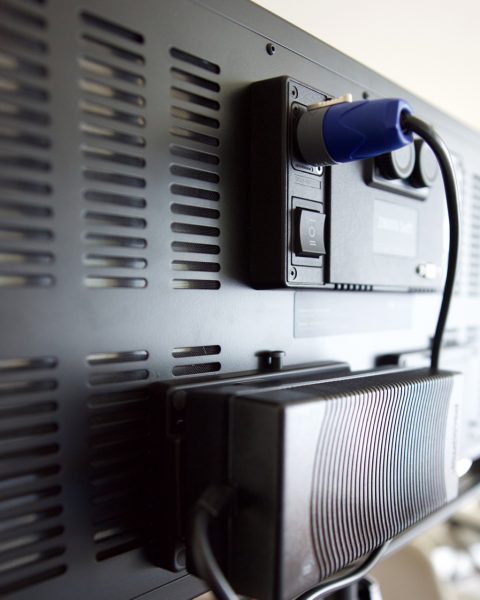 If you travel a lot, the Z800S probably isn’t the light for you. Despite the relatively low weight, its physical dimensions require you to put it in a very large pelican case or a suitcase if you intend on flying. If you’re not travelling a lot and you are looking for a nice soft light that has a decent output and the ability to light up large spaces, the Z800S is a good option. With high photometric scores, good colour accuracy and easy to use controls F&V have created a nice light at a reasonable price.

The Z800S is due to start shipping sometime this month.