As VR production has become more popular many people have realised the importance of audio. Used correctly it can complete the immersive experience and be used as a storytelling tool to direct the viewer’s attention to a specific part of the scene. VR camera rigs are evolving very fast, but the matching surround sound audio setups required for high end VR production can be complex.

At Rycote’s Excellence in Sound ’16 event in Bristol we caught up with Helmut Wittek, CEO of high end microphone maker Schoeps. In the video he gets quite technical and explains some of the issues with recording surround sound for 3D and VR production – especially in the case of real world atmos sound for documentary, sports and film.

He starts with the basic rules of stereo recording before explaining the challenge of creating a system for capturing surround sound. Like stereo, surround sound must record a balanced image of your audio source with good channel separation, where the different channels do not interfere with each other. Doing this while making the setup simple enough for broadcast use is hard. 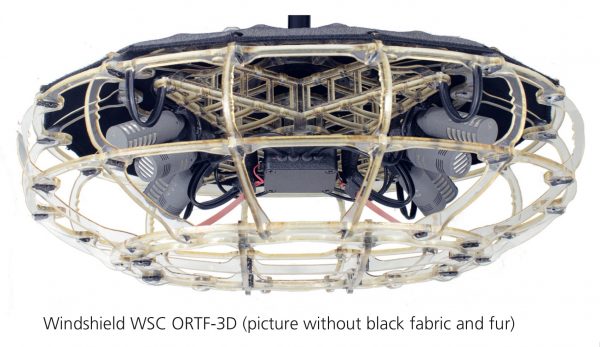 To solve this Schoeps has developed a custom plug and play ambient sound recording solution based on the ORTF setups that have been around for a number of years. Their ORTF-3D is designed to create a natural sounding 360 degree image with minimal fuss. It has 8 discrete recording channels for L, R, Ls, Rs and Lh, Rh, LSh, RSh. It can be used outdoors and is wind and weatherproofed. The whole setup weighs around 1Kg.