We saw a prototype of the Filmpower Nebula 4100 Lite at the NAB show earlier this year and we’ve just been told that it’s finally due to ship this month for $599 US.

The model is an update to the original Nebula 4000, the model which started the craze for lightweight brushless gimbals with single-handed operation back in 2014. Since then we’ve seen many competing gimbals from the likes of CameTV, Ikan and Pilotfly. Over time the software and usability of newer models has much improved. Almost every new model now has tool-less adjustment for balance and payloads are increasing too. 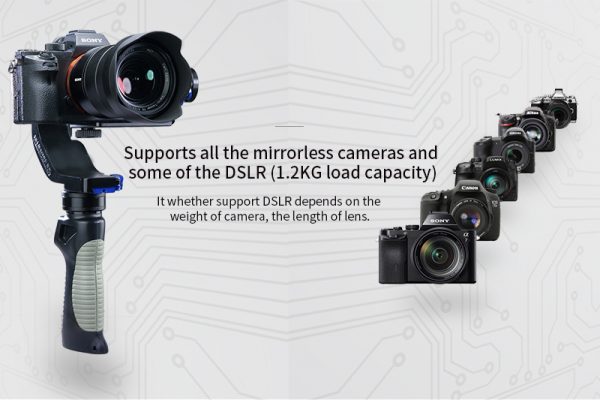 Filmpower look like they have put some serious thought into making sure the 4100 Lite competes. There are several unique new features that show the designers have been listening to users. 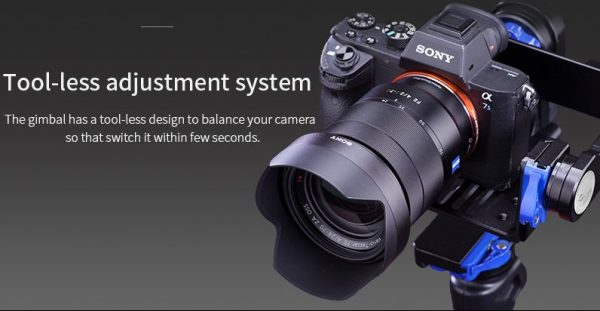 There is now a quick-release bracket (Smart Cage in Filmpower language) that stays with the camera and allows it to attached to and detached from the gimbal quickly. If you get a matching quick-release plate the camera can be attached directly to your tripod or rig without having to mess around screwing or unscrewing things. For the run-and-gun shooter this could be a big advantage.

You can also flip the side on which the pitch motor attaches to the Smart Cage, so that you can utilise the flip-out screen on cameras like the GH4.

A record button on the handgrip links to compatible cameras via infrared. We don’t know how reliable this method of triggering will be until we try it, but if it works it could be another useful function. The grip also has buttons for the different follow modes, but does look a little on the plastic side in the press images.

Another feature missing from many competing gimbals is an interchangeable 1800mAh rechargeable battery pack. With the CameTV Single and Pilotfly H2 you need to plug in an external battery if you run out of juice (although both those models do have pretty good run times). 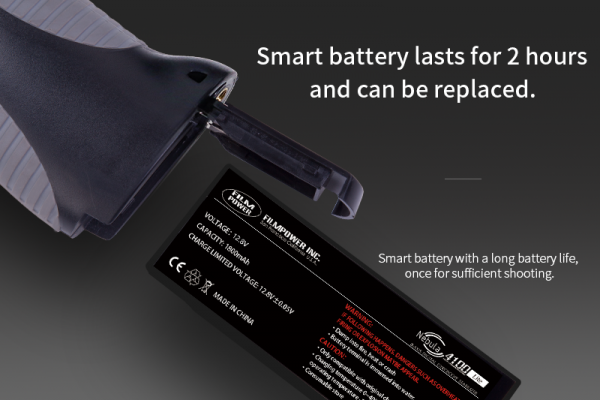 The payload capacity of the 4100 Lite is now claimed at 1.2Kg and this should allow for use of slightly larger zoom lenses on cameras like the a7S II, or a mid-sized DSLR with lighter lens. The gimbal itself weighs 990g. There is a tripod socket on the base that should allow the gimbal to be mounted to tripods, or accessories to be attached.

An optional remote thumb controller is also being made, which should be good when using the gimbal as a remote head. 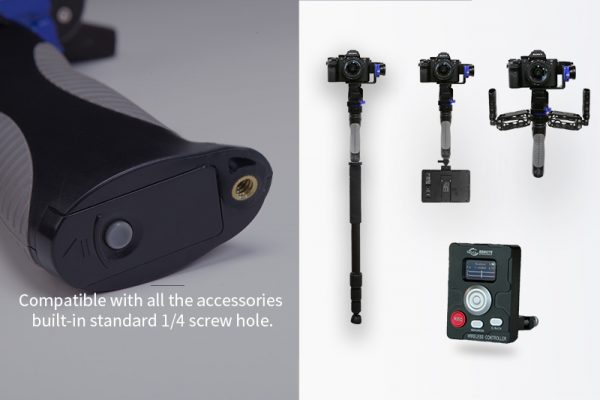 One area where I hope there has been considerable improvement over the original Nebula 4000 is in the setup of the gimbal’s tuning. Getting a good result from the original was something of an art form. It could do some nice shots, but needed careful setup using software on your PC or tablet. It would be nice if the 4100 Lite would work better straight out of the box with some of the most common camera configurations.

The new features should give the Nebula 4100 Lite an advantage, especially when combined with the $599 US price. That said, the sister Nebula 4200 gimbal has received mixed reviews online. Of course, the end result is what counts, and for that we’ll have to wait for the production models to reach users’ hands.