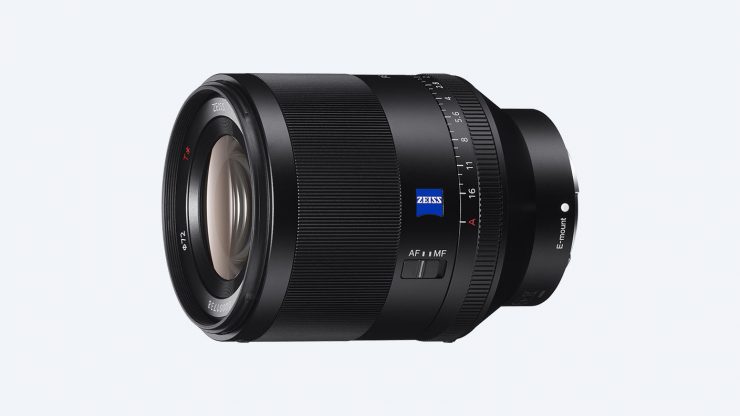 It’s advice that’s often given to photographers who have just picked up their first ‘proper’ camera and a slow kit zoom. “Chuck that in the bin,” says your slightly cooler, slightly richer friend who’s been into cameras for, like, ever. “Get yourself a ‘nifty fifty’ instead.” Cue being told about how 50mm is a great, natural focal length, that you can zoom with your feet, that a 50mm was good enough for Cartier-Bresson, that you can get an optically superior lens for not much cash etc etc.

All of which Sony seem to have taken to heart with the announcement of their new Planar T* FE 50mm F1.4 ZA lens. Developed in conjuction with Zeiss (disclaimer: both Matt and Dan are Zeiss Ambassadors), it’s a chunky-looking 778g, takes 72mm filters and features an 11-blade aperture.

It seems a slightly odd choice of lens to develop as there’s not exactly a dearth of options for Sony shooters looking for some 50mm magic. In fact you could say we’re a little spoiled for choice – currently the options run to:

However, it is an f/1.4 lens and judging by the sample shots uploaded by various sites it looks like it renders snake charmers very nicely when attached to Sony full frame cameras. For video use the signs are also positive: it features an aperture ring with a clickless option, an AF/MF focus mode switch, and a ‘dust and moisture resistant design.’ It does, however, look a little unbalanced when attached to an a7-sized body: the price of jamming 12 elements inside the body of the lens.

If you’re a happy Sony 35mm f/1.4 owner you might want to be able to match shots at a 50mm focal length in a native mount. Or you might be desperate for the extra stop over the f/2 Touit. Just be prepared to wince a little as you pull your credit card out – the new lens will set you back $1,500 US.

Once we get our hands on a sample we’ll be sure to let you know how it shapes up for video use.