Sigma have an ever growing range of lenses that offer very good results at a wallet friendly price. The 18-35mm f/1.8 has found its way into a lot of shooters’ kits, and the ART series of primes, in particular the 50mm f/1.4 DG HSM and 35mm f/1.4 DG HSM, have been widely praised. Earlier this year they also announced the 50-100mm f/1.8 DG HSM, which is blazingly fast for a zoom that offers this focal range. One of the other lenses Sigma makes that maybe you are not that familiar with is the Sigma 24-35mm f/2 DG HSM Art. I have been intrigued by this lens and i wanted to find out if it was a good option for video shooters. 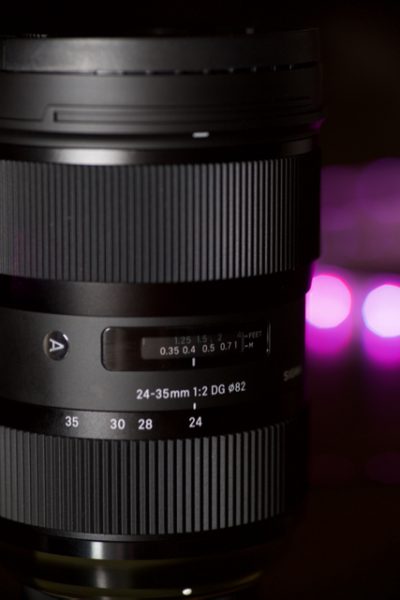 On the surface the 24-35mm focal range seems to be an unusual choice. 11mm is all there is between the widest and tightest focal lengths, which for a midrange zoom looks to be hardly worth it. You may also be asking yourself why would I buy a zoom lens with such a limitation when there are other options on the market that offer a far greater range. Well here is where I’m going to confuse you and tell you that even though it’s called a zoom lens, you need to think of it more as a variable prime.

Sigma’s philosophy when designing this lens was to offer the end user a lens that could be used instead of having to buy a 24mm, 28mm, and 35mm prime lens. In principle the 24-35mm is supposed to offer the same, if not a very similar level of performance to a good prime lens. A variable prime isn’t a new concept, Zeiss and Arri made a series of variable prime lenses, the VP1 16-30/T2.2, VP2 29-60/T2.2 and VP3 55-105/T2.2. All three of these lenses were designed to offer excellent sharpness, contrast, and were free from distortion and vignetting- even compared with fixed focal length lenses. They were used on films such as The Departed, Gangs of New York, and Harry Potter and the Goblet of Fire. 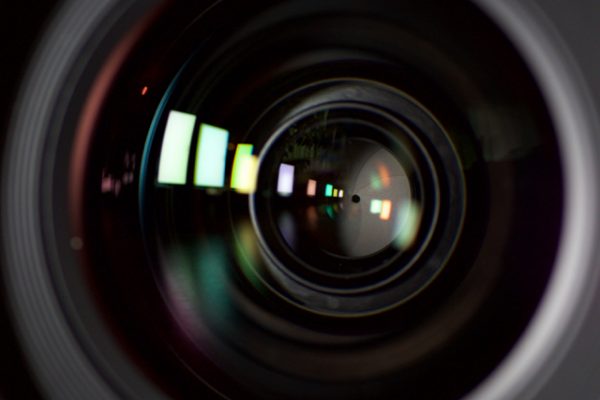 With the 24-35mm Sigma has aimed to give you prime performance with the versatility of a zoom lens. The lens uses special premium FLD glass, with performance equal to fluorite, and seven SLD glass elements for outstanding image quality. A large diameter aspherical lens, a complicated element to manufacture, allows the lens to achieve a high level of brightness across the image. This complicated optical formula is one of the secrets to achieving a good image. Sigma have also included an updated AF algorithm to help achieve more fast, smooth, accurate autofocusing. Multi layer coatings have been added to control flare and ghosting. 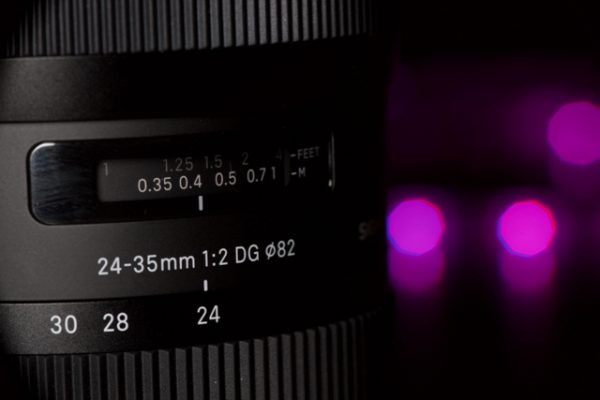 The lens is also the world’s first full frame zoom lens with a constant f/2 aperture. The lens certainly feels well made and has some weight to it. This is probably to do with the fact that there is a lot of glass inside this lens- 18 Elements in 13 Groups. The construction and build quality of the lens is on par with other ART series lenses in Sigma’s line up.

Sigma have designed this lens for photography, but like a lot of lenses, it certainly can be used for video as well. For solo shooters or those who like to work fast, and still prefer the look and performance of a prime lens, the 24-35mm actually makes a lot of sense. Why carry around two or three prime lenses when you can just carry one? To be honest though, I don’t know that many shooters who would carry around a 25mm, 28mm and 35mm prime lens in their kit. I look at this lens as more of 35mm lens where you have the added advantage of going slightly wider when needs be. There are always times as a shooter where I get myself into positions where the focal length for the position I need to be in is not quite right. By using the 24-35mm I have the advantage of making that small adjustment without having to physically move my position, or change to another prime lens. 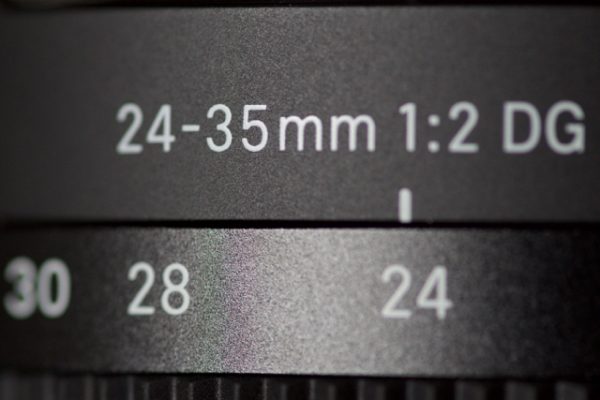 Performance-wise I was keen to see if the lens was good enough to replace several prime lenses. I tested the lens out on the Sony a7S in full frame mode and recorded UHD 3840×2160 to the Odyssey 7Q+ in ProRes 422HQ. The lens certainly is very impressive optically: very sharp with no noticeable brightness fall off at the edges of frame. Even wide open at f/2 the lens is very sharp, but when you stop it down to f/4 it is about as sharp a lens as I have seen. As far as the look of the lens goes, it compares very favourably to Sigma’s ART series primes. 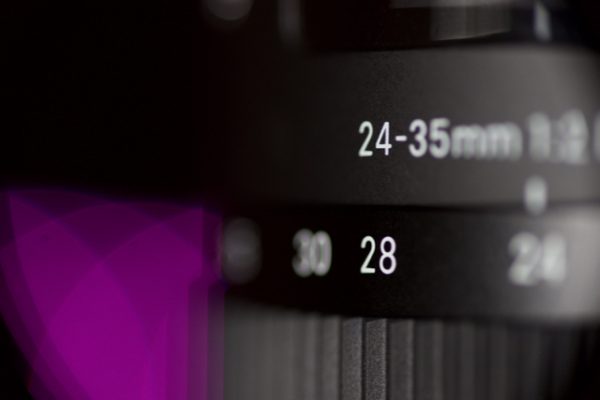 The lens is parfocal and has very minimal breathing unless you look very closely. The operation of both the zoom and focus barrels is certainly not perfect, but it is still quite good. I found I could manually zoom smoothly and hit focus relatively easily. The lens produces nice round bokeh and exhibits very little if any noticeable chromatic aberration. I also tested how well the lens copes with flare and found that even when it was at its widest aperture, it was well controlled. The lens has a claimed close focus ability of 11″ (27.94 cm), but I found I was able to focus even closer than this.

The 24-35mm f/2 DG HSM Art is definitely a good solution for video shooters, especially those using full frame sensors like the Sony a7 series or Canon 5D Mark II/III. I think it really shines on a full frame sensor, but in saying that, I still think it would work well on any of the current crop of Super 35mm cameras. On a cropped sensor the lens becomes around 36-52.5mm, but you then also have the advantage of being able to use it with a speedbooster to get the best of both worlds. Sigma have done an incredible job building this lens and it certainly does deliver performance that is as good or very close to comparable prime lenses. It is very sharp, has nice contrast, almost no focus breathing, and most importantly it helps create really nice imagery. So next time you looking at a prime lens in the 24-35mm range, you should definitely check out this lens as an alternative, you may be pleasantly suprised.