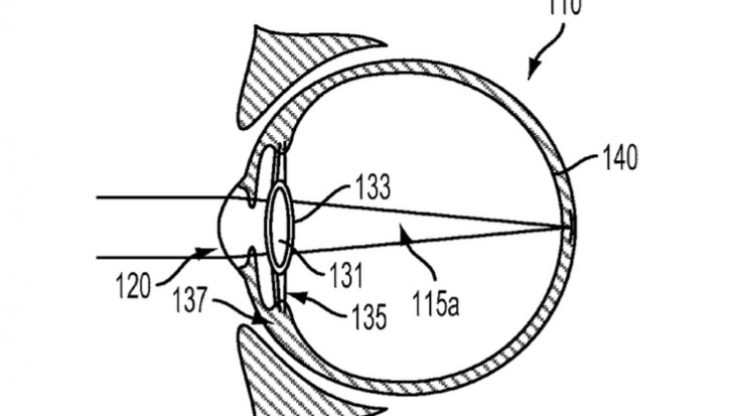 Google may have come up with the ultimate POV camera for your future shoots, just as long as you don’t mind losing your existing eye. According to Newsweek Google has patented a design for a lens that actually goes inside your eyeball.

Fitting the lens would require your eye’s natural lens to be surgically removed. The capsule (membrane) around the lens is left intact and then filled with a fluid (flexible polymeric material) which in turn contains an electronic lens. The lens can then be controlled and focused using the eye’s existing mechanisms.

Once installed the lens would be able to autofocus, take photos, connect to wireless devices, and presumably be able to record video. I assume you could eventually be able to overlay information and real-time updates over the image your brain would see too.

Antenna in the lens would allow communication and updates. Charging would be wireless via special eyeglasses. One advantage of putting the lens into the eyeball is that is would benefit from the natural stabilisation that your eye does.

There are obviously security and privacy concerns about such a device, but if this ever became a reality it might have wide reaching implications for the imaging world too. Google glass never really took off, but if Google eyes were to be of sufficiently high resolution and quality then tomorrow’s news camera operator or reporter might look very different indeed.

Hands up anyone who wants to volunteer for the first implant?