At NAB I interviewed the ever entertaining Bohus Blahut about the 5-in-1 CamDolly system. This system has been around for quite sometime now, but the company keeps making improvements every year. The CamDolly can be configured for use on a table top, as a camera slider, orbit dolly, doorway dolly, tracking dolly and even a turntable. It comes with 100ft (30m) of solid flexible rubber track and packs into three cases that can all be checked into the hold of an aircraft.

One of the best things about the CamDolly is that any of the configurations can be set up fairly quickly. The table top mode takes only a few minutes and the tracking camera dolly mode with the seat and push and pull T-bar takes about 8-10 minutes. 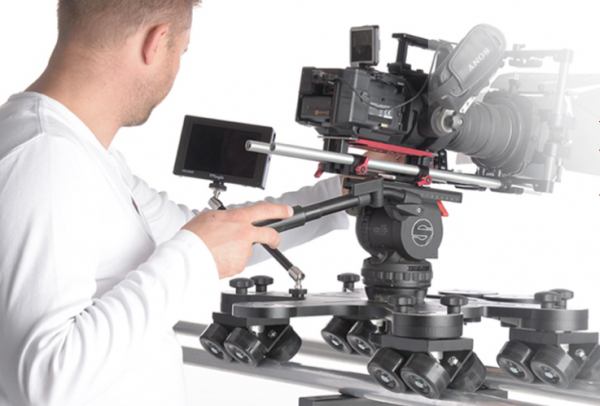 The CamDolly Cinema Systen can take more than 440lbs (200kg) of weight, enabling you to mount almost any camera system on it. Even in slider mode it can accommodate a fully rigged ARRI Alexa with a giant Optimo 24-290mm lens. 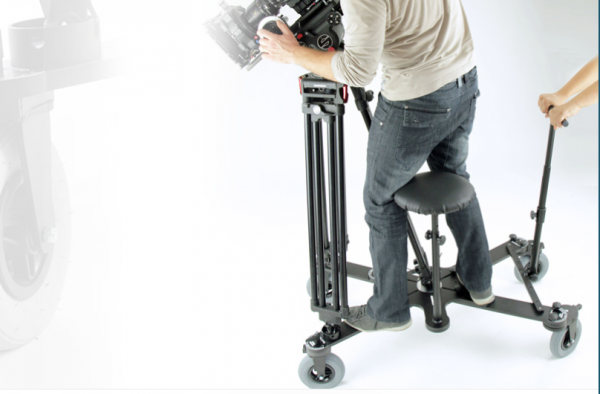 While the CamDolly is probably not something the solo operator is going to carry around all the time, it offers a reasonably priced all-in-one system that would suit small productions looking for maximum flexibility. The CamDolly is available for $4500US.