At the ShowStoppers event, before the official opening of NAB 2016, Aleksey Zaitsevsky
from the Lithuanian firm MyResearch.company was enthusiastically demonstrating his company’s new gimbal. 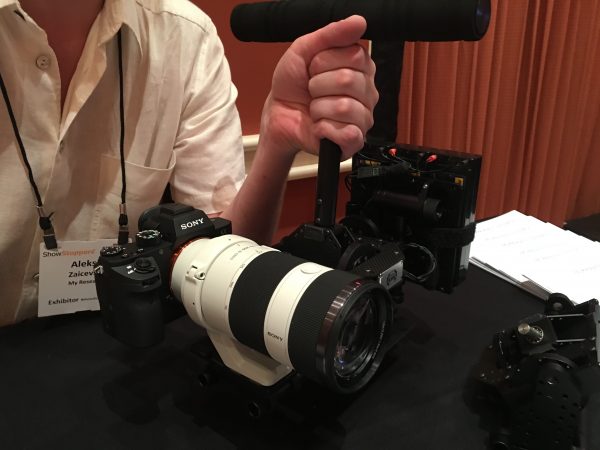 Instead of using the more common brushless gimbal motors, it uses servo motors, which they claim are better able to stabilise up to 6kg loads on the gimbal.

The company was showing off its gimbal with a long lens attached and were handing out laser pointers to customers to stick on their own gimbals and compare how steady the gimbal was.

The A separate radio controller can control pan and tilt.