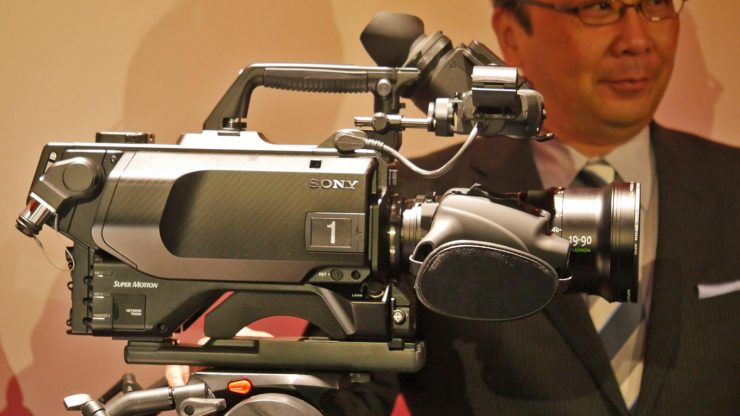 Sony announced some new products here in Las Vegas this afternoon for the broadcast crowd.

The big one is the HDC-4800 UHFR Super-35mm sports stadium camera that will do 4K at 480 fps. This camera features:

This monster, which will presumably be priced beyond the reach of mere mortals, is able to be hooked into Sony’s new BPU-4800 server and an IP-based chain.  Sony is focusing its broadcast business on workflow, and is migrating live TV production off SDI chains to fibre/IP-based chains.