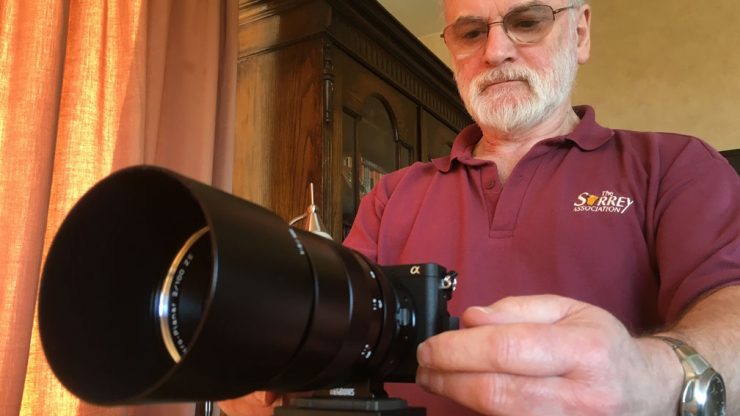 Newsshooter is working with expert camera tester Alan Roberts to conduct a lab report on the Sony a6300. This is the first in what we hope will become a regular series on the site.

Alan’s camera tests have always been the gold standard and his recommendations have guided generations of TV cameramen and broadcasters, helping them get the best out of their equipment.

The test we commissioned is a condensed version of the regular European Broadcast Union (EBU) camera report that he has done for many years. It is done to the exact same standard but focusses on the image quality of the camera and not the operational aspects. The report will be posted on the EBU website alongside his previous camera tests and will be freely available to download.

There are plenty of good field tests and hands-on reports but we feel there is simply too much conjecture and pseudoscience online when it comes to lab testing. By choosing a tester with such a good reputation, and who adheres strictly to a recognised method of testing, we hope to ensure that these tests are truly impartial and accurate.

The tests themselves were developed to see how well the images from a camera would survive the rigours of broadcast. Noise, aliasing and colour performance are key and we focus on those because many of our readers shoot for TV. Alan also tests dynamic range and rolling shutter.

In years gone by, Alan’s reports – initially for the BBC and later for the EBU – were the deciding factor on whether a camera could or couldn’t be used by many European programme makers. These days, standards have relaxed a little, but his recommendations still carry a huge amount of weight. If you want your footage to have the best chance of being reproduced in a pleasing way on the small screen then you would do well to take note of his reports.

If your work is for online use then it’s worth remembering that aliasing and noise will often have less of an impact on the final result than in broadcast. Indeed, sometimes a bit of aliasing actually makes an image look sharper online! Alan’s tests don’t directly address online use – not least because there are so many variables that affect the end results. The same video uploaded to two different video hosting services can look completely different. That said, a camera that scores well in the test for things like dynamic range and colour is likely to do better online too.

Here at Newsshooter we have always said we don’t rely completely on charts for our testing. That’s still true and we maintain that a camera’s usability and the overall aesthetic of the image is best judged by shooting with it and looking at the results. We’ll continue to bring you field reports on new gear, but hope the lab testing offers an extra layer of analysis that can help you make more informed camera choices.