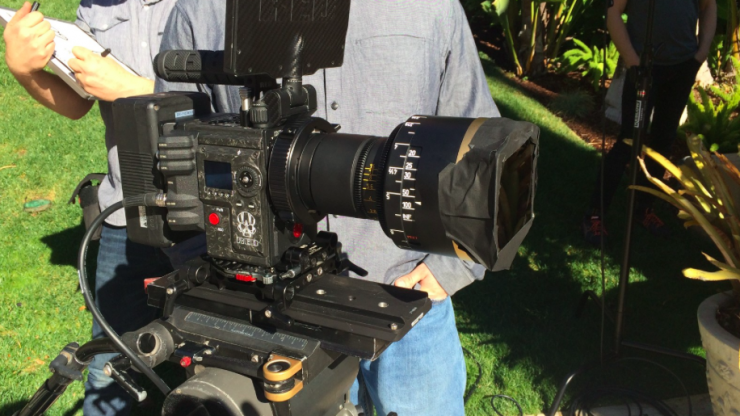 After the shoot the footage was screened at RED Studios and Markus was very impressed with the results. He said “The Hawk65 anamorphic lenses offer a truly unique look. They combine an unparalleled high quality anamorphic look with the right balance of a clean image rendition and organic texture.” Markus went on to say, “The 1.3x anamorphic squeeze elevates large format sensors to their highest level. The new coating technology with its soft natural contrast creates amazing skin tones and makes the HAWK65 lenses a perfect companion for digital sensors.”


For the test, Vantage designed a new mount, the XPL52. The new mount makes it possible to use HAWK65, HAWK 35mm, and VantageOne T1 lenses on the same camera without changing mounts, allowing cinematographers to work quickly and efficiently.

The lenses used the complete RED 40.96mm x 21.60mm sensor, the highest resolving sensor in the industry. When compared to currently available large format systems, the complete camera/lens combination is incredibly small and lightweight. This gives cinematographers more flexibility when shooting anamorphic 65mm images without sacrificing image quality. Markus chose to shoot much of the test footage using a handheld set up for this reason.

HAWK65 lenses are also available with an XPL mount for use with the Alexa65. These lenses give cinematographers the only opportunity to shoot anamorphic 65mm with modern glass and state-of-the-art mechanics.

To read more about the shoot and the HAWK65 Anamorphics head over to the Vantage Films website.

All photos and content re-produced with the permission of Vantage. Do not re-post or use the photos without their express written consent.