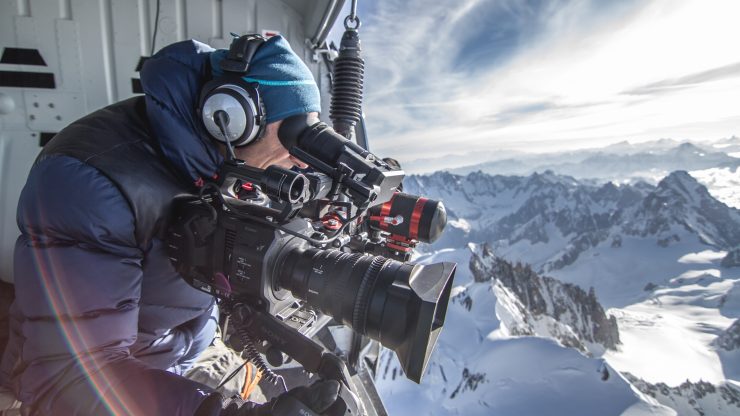 They fly in a wing suit above Mont Blanc, kayak over steep falls or ski down precipitous slopes – but how do you capture the heart-stopping moments as these sportspeople risk it all?

Many people dream of making a living from filming extreme sports. Thierry Donard has made it a reality, with 30 years of experience under his belt as a DP and director. His new feature film Don’t Crack Under Pressure captures daredevils facing their greatest challenges to date – all in 4K. 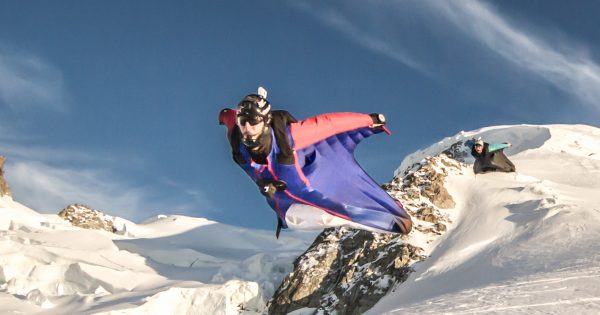 Later this month I’ll be hosting a free Sony ‘Extreme Filming Under Pressure’ webinar, with Thierry and his colleague Simon Favier. They’ll reveal how they capture this breathtaking 4K footage under the toughest conditions.

Getting a movie into cinemas is just as tough as making it, and Thierry and Simon will also explain how they funded, produced, directed and distributed their latest feature.

Thierry has consistently put himself at the heart of the action, whether he be high above the earth in a helicopter as he films snowboarders, bouncing over the waves as he follows a kite surfer or deep underwater with freedivers.

The duo will talk us through the physical challenges, risks and practical problems that they face as they film – and how they solve these difficulties. They’ll explain the lengthy preparations that go into achieving the perfect shots.

I’ll be asking them about the technology they rely on and how it helps them. The Sony FS7 has become one of the most popular large sensor cameras for production today and we’ll also be discussing why Thierry chose it for this film and his experience with it on the shoot. I’m keen to see exactly how he packs and rigs his kit, and what new technologies he has been playing with.

Please join us for the free webinar on the 23rd of March at 3.00PM CET (2PM GMT). All you need to do is register at this link. You’ll also be able to join the conversation by using the #FS7ExtremeFilming hashtag on Twitter.