In recent years we have seen a lot of manufacturers starting to introduce lenses specifically targeted at video shooters. Some of these lenses are built from the ground up while others are just rehoused stills glass. One of the most well-known companies taking aim at the video user is Tokina. Their 11-16mm f/2.8 AT-X lens was very popular for shooting video with early adopters of Canon APS-C DSLRs, and more recently with cameras from Sony, Panasonic, Blackmagic, Canon and RED. It didn’t take long for several companies to start rehousing this lens and adding a manual aperture to make it more usable. The 11-16mm arguably became the most popular cine conversion lens available. This popularity in turn lead to Tokina making its own rehoused version for video shooters.

Since that time Tokina has been slowly adding more lenses to their line up aimed specifically at video shooters. I recently got the chance to test out one of their newest additions, the Cinema ATX 100mm T2.9 macro, which is available in PL, Canon EF, Sony E, Nikon F, and MFT mounts. The lens mount can be changed, but unlike the Zeiss CP2 series, you need to take the lens back to a distributor to have this done.

This lens will cover full frame sensors and I have been using the PL mount version. First off this lens is not a brand new design, it is simply a re housed version of their 100mm f/2.8 AT-X M100 AF Pro D Macro Autofocus Lens. This stills lens has been very popular with a lot of photographers, particularly because of its performance and low price of $379 US. 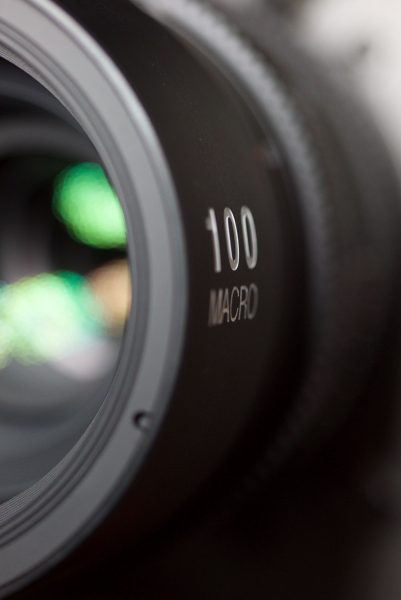 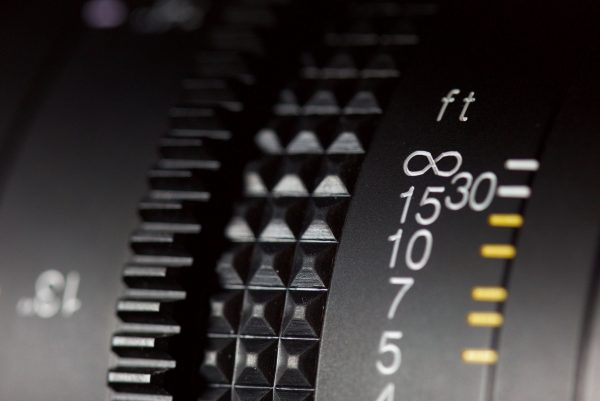 The new Cinema version is substantially more expensive at $2499 US. So what do you get for the almost $2000 US it will cost you over the stills version? Optically you should expect the same performance, but where you notice the big difference is in build quality. Tokina have done a beautiful job on the rehousing: the lens feels robust and the mechanics are extremely smooth. The lens has a de-clicked, nine-bladed, curved iris that allows for precise exposure control and a wide T-stop range, from T2.9 to T32. The all-metal housing has geared focus and aperture rings that can be used with electronic or manual follow focus systems. There are lots of clear distance markings and the lens has a focus rotation of around 320 degrees. The Cinema version weighs in at 1.31kg (46.2 oz.), which is a big increase over the 540g (1.19 lb) stills lens it is based on.

The 100mm macro features a true 1:1 focus magnification and has a close focus ability of 30cm (11.8inches), although from my tests I found you could focus a lot closer. I was amazed at actually just how close I could focus in on a subject and this allows you to create some really interesting shots. The lens has nine aperture blades and it can create really nice round bokeh that is very pleasing to the eye. The focus breathing is well contained considering it is a macro lens. From my testing I didn’t find it to be overly distracting and in a lot of cases most people are not doing large focus pulls when using a macro lens.

I took the lens out to Shibuya in Tokyo to shoot some vision to see how well the lens actually performed and handled in the real world. It is hard to find a subject that you can solely shoot with a macro lens, but I decided on filming these tiny little stickers that can be found on a lot of poles and walls. I used the lens with the Sony F35 and then edited the material in FCPX. None of the vision has been sharpened in post. 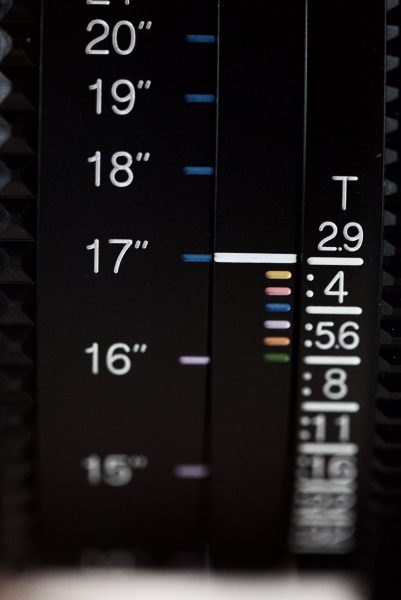 The optical design of the lens has been made to optimise close-up shooting. The closer the shooting distance, the darker the image becomes (effective T-stop value). The T-stop / distance guide can be easily seen on the side of the lens. As an example, the picture above shows that a distance of 17″ the blue line equates to a T-stop value of 4.0. So the closer you are to an object the less light is entering the lens.

The lens has an 82mm filter thread which is good news for people who want to use the lens with a screw in filter such as a variable ND. And while the construction is solid, Tokina have managed to keep the size of the lens down to a workable level that allows you to keep it bags and lens pouches that aren’t big enough for traditional cinema lenses.

I was impressed with the performance of the lens. It was sharp, easy to use and didn’t display any noticeable chromatic aberration. The mechanical operation of the lens is first class and the close focus ability allows for some very creative shots. On the negative side it isn’t going to match any of your other PL lenses in terms of a consistent look. The trouble with most rehoused stills lenses is unless they come in a matched set you are always mixing and matching lenses, and it is hard to keep a consistent look to your project. There aren’t a lot of rehoused cinema macro lenses out there on the market though, particularly at this price. You certainly do pay a premium price to get a stills lens transformed into a cinema version, but the Tokina conversion is one of the best I have seen.

For more information on the lens you can head over to the Tokina website.

Music on all three videos from Art-List.io