At CP+ in Japan, Voigtlander have shown the World’s widest rectilinear full frame lens, the Heliar Hyper Wide 10mm F5.6 Aspherical. The lens is available in Sony E-mount and features CPU integration that allows manual focus assist, focus distance information, lens correction data and support for five-axis image stabilisation to be passed through to the camera. A Leica M-mount version of the lens is also available. 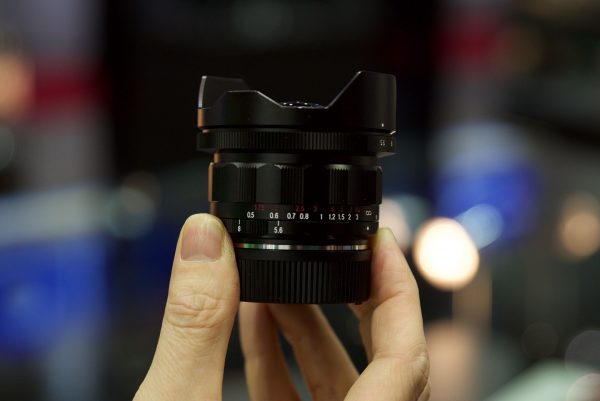 The minimum focus distance is 30cm and the lens can be changed from hard click stops to a clickless aperture by turning a ring that is just below the aperture adjustment. While a clickless aperture is good news for video shooters, the lens has a integrated petal hood which doesn’t allow you to use any type of filter such as a variable ND. 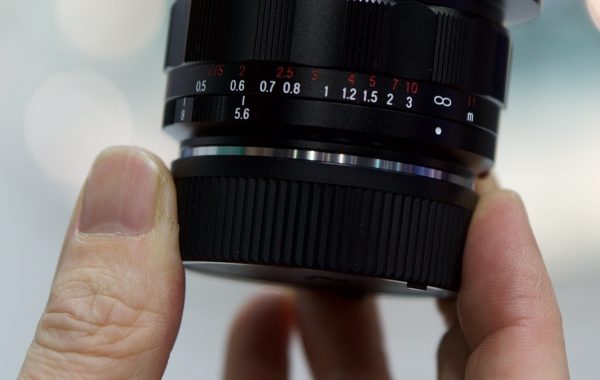 The lens is manual focus only and features 13 elements in 10 groups. The field of view is a crazy 130 degrees and the lens does exhibit a lot of distortion on the edges of frame when used on a full frame sensor. The lens was sharp in the center of the image, but it falls away on the edges. I found the lens to be nice and compact in size and easy to use. 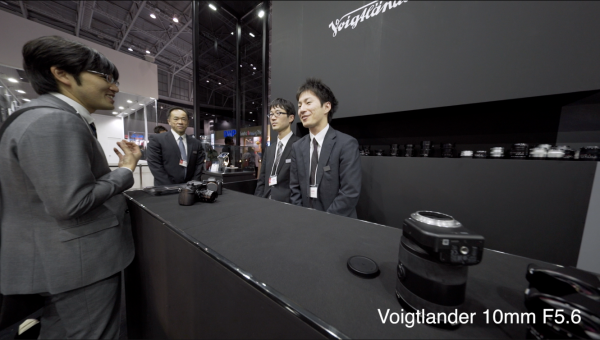 The 10mm F5.6 is beautifully made and weighs in at just 375g. From having a play with the lens at the show I couldn’t really see it being used for anything more than landscapes and for architecture. You wouldn’t want to shoot people with this lens unless they were in the center of frame and in the distance.