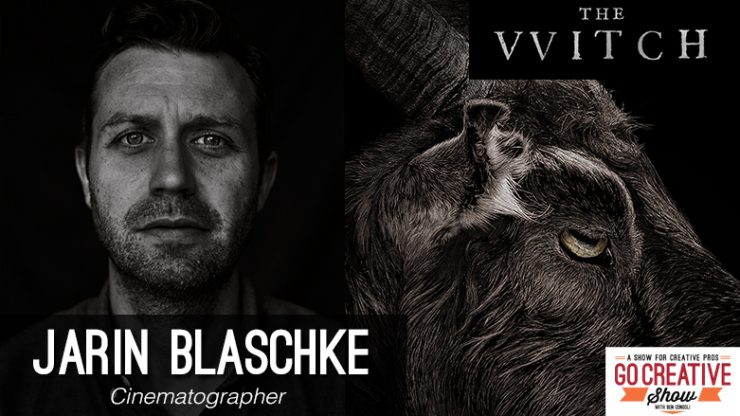 On this week’s Go Creative Show, host Ben Consoli talks to cinematographer Jarin Blaschke about his haunting film The Witch. Recently named one of the ten cinematographers to watch by Variety, Jarin shares his techniques, camera choices, and more.

Jarin’s latest film The Witch is a visual masterpiece and enjoyed critical success, winning Best Director at Sundance. His use of symmetry and static shots create an unnerving claustrophobia that, in Jarin’s own words, come simply from his instincts. Ben and Jarin dive deep into all the lighting and shooting techniques that give The Witch its unique and haunting look.

Topics covered:
Why gore is boring
When violence is grounded, it has more impact
Creating a claustrophobic feel
Why The Witch was shot almost entirely on 1 lens
The benefits of shooting 1:66 and 4:3 aspect ratio
The religious symbolism in The Witch
The Sundance experience
Lighting night scenes
Motivated cuts
and much more!