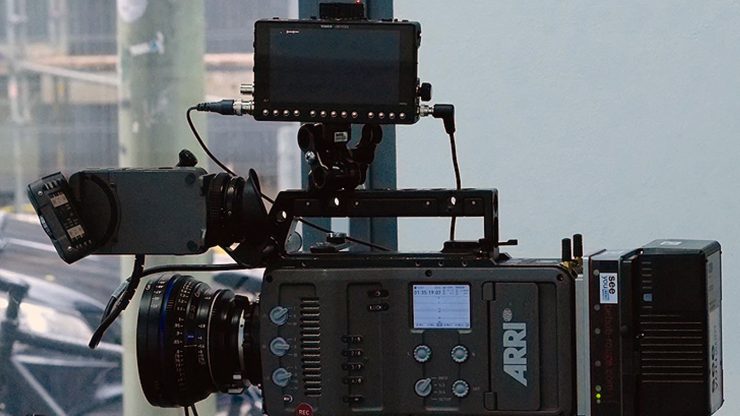 Video Devices have announced another update to their Pix-E line of 4K recorder/monitors, bringing the Pix-E5, E5H and E7 to v1.30.

There are lots of tweaks included in this update, and Video Devices are emphasising improved support for anamorphic shooting. There are now options to define sensor ratio, lens ratio and display format, so no matter what combination of lens and camera you’re using, you should be able to see what you’re shooting.

The most useful update is possibly the new LCD Orientation sub-menu, which will allow you to mirror or flip the display so it’s the right way up no matter how you’ve rigged it to your camera.

There are new options for using false colour indicators, and a screensaver mode to prevent you from burning an image into the monitor’s LCD screen.

There’s also the ability to take a screenshot of what the monitor is displaying as either a JPG or PNG, which could be a very handy feature if you’re trying to maintain continuity between setups, or just if you’re struggling to remember which side your last interviewee was facing.

And if you’re lucky enough to be using your Pix-E with an Arri Amira, you can now get a 4K signal to the recorder over a single 6G-SDI connection.

Here’s a full list of what the new firmware updates from Video Devices:

New
Expanded Anamorphic Desqueeze feature includes menu options for Sensor Ratio, Lens Ratio and Display format.
Expanded 6G-SDI supports 4K over single SDI for ARRI AMIRA cameras.
New LCD Orientation menu provides ability to mirror and flip the on-screen display to enable operation of PIX-E monitors in various mounted positions, including upside down.
Ability to send timecode via SDI output.
Improved False Color menu has new option to display scale on the OSD and added keys to indicate IRE threshold levels of the various colors.
New shortcut button combinations have been added to enable ability to capture snapshots of on-screen display as JPG or PNG still images, and save them to media for later viewing on PC or Mac.
New System > Screen Saver sub-menu allows for timing customization of the new screen saver, which helps protect the integrity of the monitor’s LCD.

Changes
Firmware process has been updated to now indicate the media in which the selected PRG resides.
Reworded and reordered Timecode menu.

Fixed
Display did not revert to show all OSD items after sleep and resume.
Rare event where PIX-E7 LCD showed purple lines across the top and the UI was not updated correctly on the screen.
Rare event where user interface and information bar would be sluggish to update.
On PIX-E7 monitors only, flashing pixels sometimes appeared at the bottom of the screen below the soft key labels.
‘Problem with video decoding’ message appeared with some files when shuttling to the beginning of the file.
Warning bell would not be sent to headphone monitor if the SpeedDrive was pulled or otherwise disconnected during recording.
SDI Out Audio would disappear during first file played back after a sleep cycle.
SDI Output would not be active in playback when no video input signal was connected.
False colors was sometimes applied to the entire 4-Way View.
Rare event where scopes were displayed over the top of the Main menu, Audio screen, and File List.
Audio screen and File List would not be not accessible when the PIX-E Series monitor came out of sleep with no SpeedDrive connected.
Enabling Peak while in 4-Way View and turning Control Knob would display the wrong state.
Subtle vertical line “cross-hatching” might appear on PIX-E7 LCD.
Rare condition where headphone burst noise was experienced.
Issue where the Control knob could go unresponsive after entering shuttle mode then fast forward or rewinding via the soft keys.
Improved performance with marginal incoming SDI signals.
Enhanced SMPTE352 detection for incoming UHD rates.