At CES manufacturers have shown quite a few television sets that incorporate Dolby Vision. Everyone is familiar with Dolby Sound, but Dolby Vision is something you may not have heard about before. Dolby Vision is a standard for what’s often referred to as HDR (high dynamic range).

Dolby Vision launched theatrically in the spring of 2015 with titles including Disney’s Tomorrowland and Disney/Pixar’s Inside Out. Recently, Star Wars: The Force Awakens was also shown in Dolby Vision, the new high-dynamic-range (HDR) format. The Revenant, shot on the Alexa 65 has also been released in Dolby Vision is select theatres. Currently in the U.S. there are nine Dolby Cinemas and in Europe there are just 4. That same technology is also being moved from the cinema into your lounge room.

There has always been a disconnect between what’s captured on camera and what can be displayed on TV and in the cinema. Current standards result in reproduced images with narrow dynamic range, and less brightness. When the maximum brightness is restricted, brighter colors quickly become desaturated, limiting the quality of the experience.

Current REC.709 televisions only display 33% of the actual amount of colours you can see and they are also limited to around 100 NITS of brightness (NITS are the unit used to measure brightness), and cinema screens are usually only 50 NITS. Most modern TVs are more than capable of displaying 500 nits or more, but due to the way screens work, 100 nits is actually white, so every other colours brightness level on your TV set is always below 100 nits. Dolby Vision has a screen brightness of up to 4,000 NITS and can display vastly more colour information in the newer Rec. 2020 color space. Dolby also claim that Dolby Vision can display up to 21 stops of dynamic range with a contrast ratio of 2 million:1.

When coming up with the Dolby Vision standard, the Dolby image research team ran a set of experiments with ordinary viewers to answer the question- How much dynamic range do we need?. The researchers tested what viewers preferred for black level, diffuse white level, and highlight level. They determined that a system that could reproduce a range of 0 to 10,000 nits satisfied 90 percent of viewers asked to pick an ideal range. 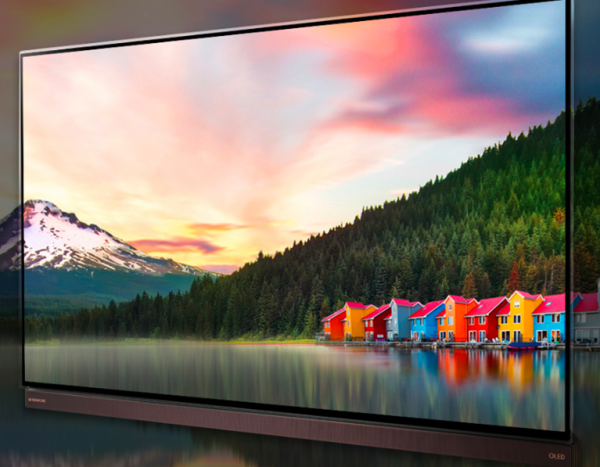 Once the visuals are captured with cameras capable of capturing a lot of dynamic range, postproduction techniques enable Dolby Vision distribution channels to deliver content to equipped TVs and cinema screens. Dolby Vision allows directors and colorists to have total control over brightness, highlights, and contrast. This allows their intended vision to be replicated on the big screen or at home on your TV.

In live or on-set viewing, playback cameras and on-set data management systems support playback in SMPTE ST 2084:2014 (PQ) into a Dolby Vision capable monitor. This provides direct viewing and playback of the camera image in high dynamic range and wide color gamut on the set.

The Dolby Vision high-dynamic-range (HDR) reference grade is created in the traditional fashion except that the imagery data is specified in PQ space, a perceptual space based on the human visual system. It is a logarithmic-like curve that replaces gamma in image encoding. The PQ electro-optical transfer function (EOTF) has been recently approved as SMPTE Standard 2084.

Unless you are sitting really close to a 4K/UHD TV set or cinema projection it can be very hard to tell the difference between 4K and HD. With HDR the difference is extremely noticeable, and it doesn’t matter where your sitting in a cinema or how far back you are from your TV, everyone gets the same experience.

Unfortunately there’s currently very few programs outside of the cinema available in Dolby Vision, with just a handful of movies, including the Great Gatsby and the Man of Steel that can be seen on the streaming service Vudu. Netflix is also going to make several titles such as Marco Polo available in Dolby Vision. Just like 4K, the initial roll out of content in Dolby Vision could take some time, but I think once people see the benefits of it, the technology and availability of programs is sure to increase quickly. 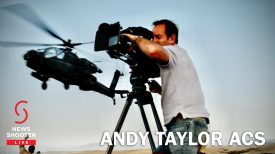