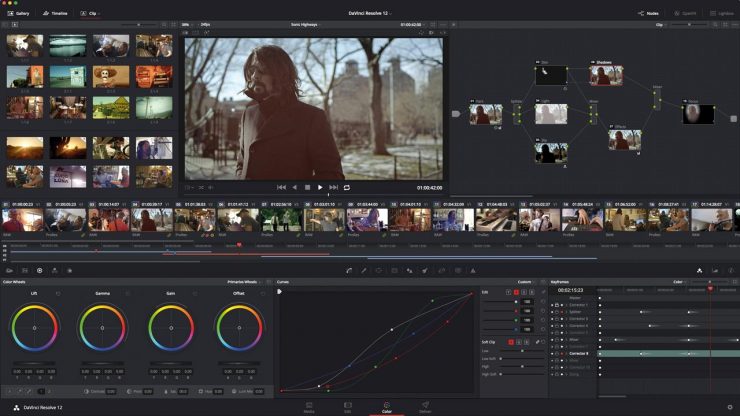 Just in time for Christmas, Blackmagic Design have released updates to two of their software packages, Resolve and Fusion 8. For Mac users they have also halved the price of the full version of Davinci Resolve, with Studio 12 now available on the App store for $499US. With previous full versions of Resolve you needed to use a dongle to run the software, but now you will be able to use your Apple ID instead. When you purchase DaVinci Resolve 12 Studio from the Mac App Store, you can also run it on multiple personal Macs by using your Apple ID. Unfortunately if your a Windows user or want a cross platform Mac/Windows version the price is still $1000 US. 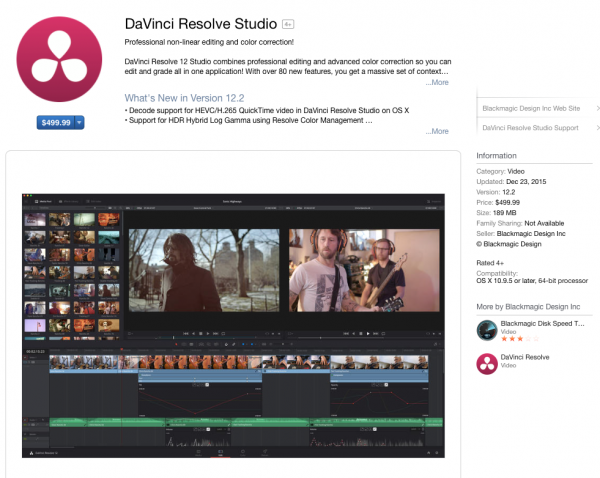 DaVinci Resolve has been updated to version 12.2 and new features include h.265 decoding on OSX and more support for working in HDR, which is likely to be more common as the technology filters into consumer TVs and monitors. There are also ACES IDTs for working with clips from the Canon C300 Mark II.

There’s a full list of the new features on the Blackmagic site here, and you can download Resolve here.

The company has also released a public beta of their Fusion 8 Studio compositing software, which builds on the beta of the free version of Fusion 8 that was released earlier this year. This new beta offers a chance to try out ‘tools for retiming, image repair, color smoothing and morphing between different images’ that will be a part of the paid-for release of the software.

A full list of what you can expect from the public beta can be found on the Blackmagic website here, and you can download the beta software here.

Fusion 8 will end up being tiered in a similar way to Resolve – the free version is simpy called ‘Fusion 8’ and the fuller featured ‘Fusion 8 Studio’ will cost $995.

A couple of new pieces of software to try out over the holiday break. Post don’t stop!