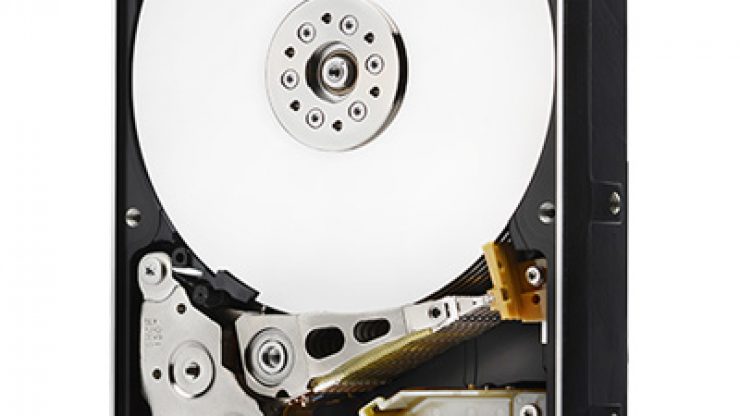 If you are like me you are always buying hard drives, and lots of them. Storage is a war you can never seem to win. Just when you think you have enough you have to go and buy more. The capacity of HDD and SSD drives has been slowly increasing, but with greater capacity comes greater cost. Just a few months ago Samsung announced a 16TB SSD drive that will have an estimated street price of somewhere between $5000-$7000 US. For most of us needing large capacity drives, HDD is a much more affordable solution.

Western Digital recently started shipping the world’s first drop-in ready 10TB HDD which should go a long way towards providing greater storage capacity at a reasonable price. According to Western Digital, the 10TB drop-in ready HDD, the HGST Ultrastar He10 HDD provides the highest capacity, lowest power consumption per TB and the highest reliability rating of all HDDs on the market. This is the company’s third-generation helium drive.

Western Digital expects the 10TB drives to be a key storage device for video, photo, business and other cloud-based applications. The Ultrastar He10 offers a 25% increase in capacity over the previous generation and is claimed to use 56% fewer watts/TB than traditional air-filled HDDs, allowing data center architects to achieve new levels of eco-environmental efficiency. The Ultrastar He10 also continues HGST’s best-in-class reliability standards, offering a 2.5 million mean-time-between-failures rating as well as a five-year warranty. It is available to all enterprise customers as a bare drive, and will be available in HGST’s Active Archive System for customers that require a petabyte-scale object storage system.

The drive is expected to retail for around $800 US.

This from Western Digital:
“Our HelioSeal platform has defied next-generation expectations around capacity, reliability and power in HDDs,” said Brendan Collins, vice president of product marketing, HGST. “We were the first to recognize the benefits of Helium and have pushed the boundaries while others are scrambling to catch up. The Ultrastar He10 represents the third generation of our HelioSeal line. It redefines enterprise capacity HDDs, showing the industry where storage devices need to go, to stay in front of the future that data growth is hurtling towards.”

“Netflix has built an industry-leading Content Delivery Network and these 10TB drives will allow us to quickly integrate, build more capacity and stream more movies to our consumers,” said David Fullagar, director of content delivery architecture, Netflix. “We’ve been using the HGST HelioSeal drives for a long time and not only do they give us more capacity, they have contributed to a lower overall power envelope and higher storage density, which has allowed us to maximize our data footprint and create a network that is optimized for TCO.”

“We’re living in a trillions of sensors world, and the more data history we have, the better. Our ability to process data at scale with a low dollar per terabyte, the industry is well positioned to leverage IoT and sensor technology to build safer and smarter cities, improve homeland security, and enable customers to gain a competitive advantage with data,” said Blair Barbour, president and CEO, Photon-X. “HGST is pushing the boundaries with capacity in devices and systems, creating an innovation inflection point in the world of IoT.”

For more information on the Ultrastar He10 HDD, http://www.hgst.com/products/hard-drives/ultrastar-he10.