The Japanese Metropolitan Police Department are set to launch a drone squad just as new regulations have come into force to ban unmanned aerial vehicles from flying over crowded residential areas. The unit will consist of dozens of officers [[from the root squad]] trained in drone operations, and will come into effect later this month. It will be the first of its kind in Japan, and maybe the world, for specifically monitoring and apprehending drones.

When drones are spotted in no-fly zones, the squad will search for the operators and order them to ground the devices. If they fail to comply, the squad will scramble large drones equipped with cameras and rectangular nets measuring 2 to 3 meters in length. The nets would be used to catch and apprehend the offending drones while they were still in mid air. This sounds both dangerous and risky to anyone who happens to be underneath – just imagine a aerial drone police chase with potential collisions over heavily populated areas. South Korean researchers have previously successfully experimented with net-carrying drones attacking other drones. 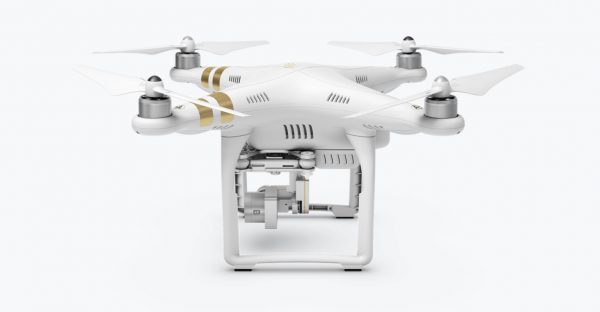 The new regulations under the revised Civil Aeronautical Law, which took effect today, were introduced after a small drone with a minuscule amount of radiation was found on the roof of the prime minister’s office building in April. Anyone wanting to fly a drone must get flight approval by sending it in writing via postal mail to the ministry 10 working days beforehand, which in practice means up to 15 calendar days in advance. The fines for violating these rules are around 500,000 yen, or roughly $4,000US.

Also announced today, Japanese security company Secom started a service using their own purpose-built drone. Secom are claiming it is the world’s first fully autonomous flying surveillance robot operated by a private security service. Secom has had a long history of developing their own imaging and sensor technology, which they are now combining with a drone. 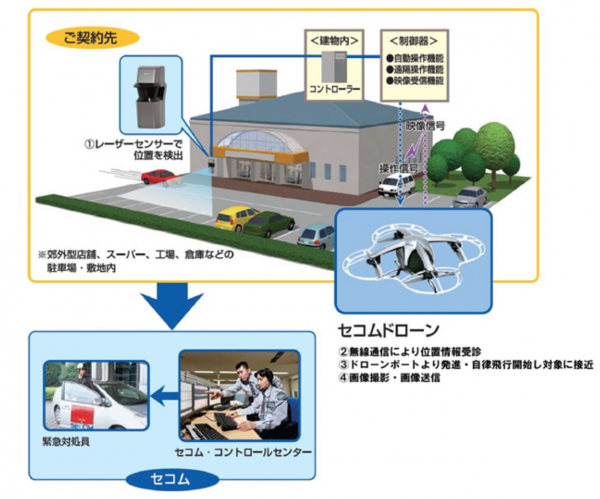 The Secom drone is equipped with a security camera and light-emitting diode lights, and will be used to take images of suspicious-looking individuals and automobiles. The system works in conjunction with laser sensors located on the ground. When a suspicious person or vehicle is picked up by the sensors, the drone is automatically deployed from drone port to the incident area. It can then wirelessly send the images in real time back to the company’s control center.

The drone measures 57cm in length and width and 22.5cm in height. It weighs 2.2 kilograms, and can fly 3 to 5 meters above the ground at a speed of 10 kph. There isn’t any information about how long it can stay airborne or how long it takes to recharge. 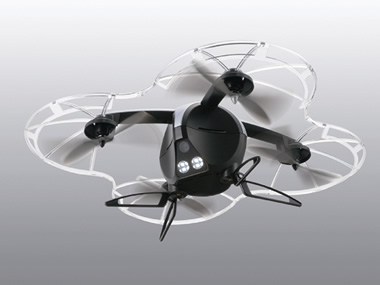 According to the company, the drone is more efficient than installing multiple fixed security cameras because it can acquire clear images of license plate numbers and types of vehicles, as well as people’s faces and clothing, by approaching targets from above.

A revised aviation law which took effect yesterday in Japan has allowed Secom to start the service with the approval of the transport ministry. Secom will be offering the drone service to companies running large-scale factories and commercial facilities. The Secom drones cost around ¥864,000 ($7,000US), and companies using it will pay a minimum monthly usage fee of ¥5,400 ($44US).

The first drone will be deployed at a plant owned by a manufacturer in Yamagata Prefecture, in Northern Japan.

In a final bit of drone news, DJI has announced they are combining their aerial platforms with FLIR’s thermal-imaging technology to provide different types of sensory data essential for firefighting, agriculture, inspection and several other industrial-use cases.

This from DJI:
“Almost every week we see new applications of our aerial technology,” said DJI Founder and CEO Frank Wang. “Adding thermal imaging as an additional sensor options for aerial platforms will open up new and innovative uses for our users, whether it’s gaining strategic insight into how their crops are growing or more efficiently understanding the spread of fires.”

The first result from DJI and FLIR’s collaboration will be the release of the Zenmuse XT — the world’s most-powerful aerial thermal-imaging camera — in the first quarter of 2016. 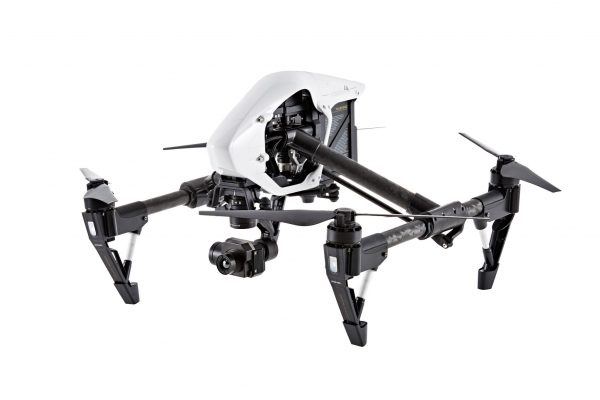 The Zenmuse XT will seamlessly integrate a top-quality FLIR thermal-imager with DJI’s signature gimbal stabilization and Lightbridge video-transmission technology. The thermal camera can generate images up to a resolution of 640×512. Using the same gimbal mount as DJI’s Zenmuse X3, X5 and X5R cameras for filmmaking, the Zenmuse XT will be fully compatible with the DJI Inspire 1 and Matrice M100 aerial platforms.

“By creating a strategic collaboration that combines DJI’s world-leading drone technology and FLIR’s heritage in thermal imagers, we’re accelerating our growth potential in the commercial drone market,” said Andy Teich, President and CEO of FLIR. “It’s truly a better together opportunity, and we’re excited to help celebrate the launch of the Zenmuse XT today, the first of many products to come under the collaboration.”