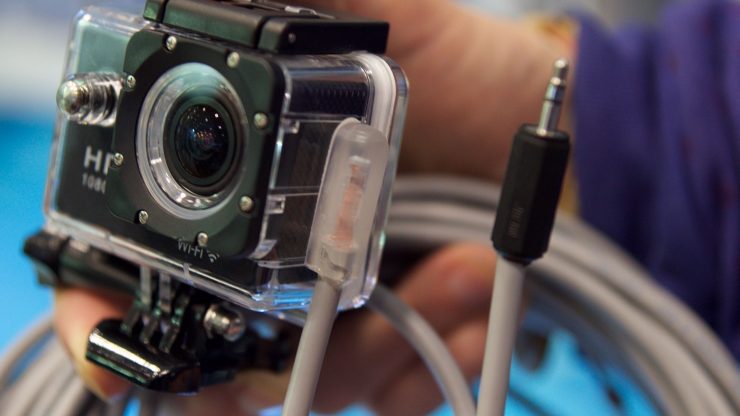 Action cameras are often used underwater, and on occasion I’ve attached them to boom poles to submerge the lens and get a more interesting angle. The problem with doing this that you can’t monitor the image on your smart phone or tablet once the camera goes under the water more than a few cm. Japanese company Lumica have come up with a clever solution called the Wireless Line to overcome this problem.

The Wireless Line is a special cable that attaches to the outer casing of any WiFi enabled action camera and then plugged into the headphone jack of your smart phone or tablet. The cable grabs onto the WiFi signal from your camera and transmits through the cable up to the surface. This allows the user to have continuous monitoring and control over their camera even when it is submerged quite deep under the water. 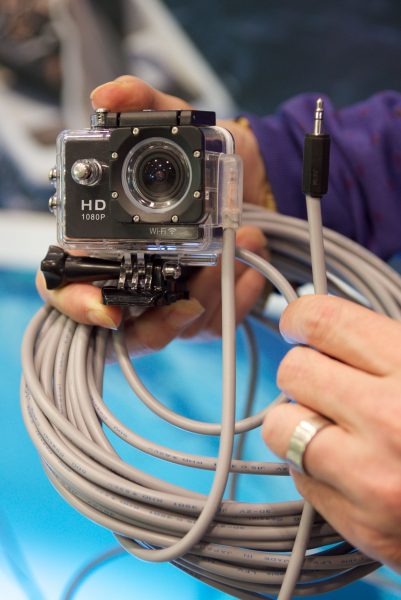 Lumica told me that you need to move the cable around the casing of your action camera to find where the WiFi signal is strongest before you attach to ensure the best possible signal. The cable they had on display looked to be around five meters in length. 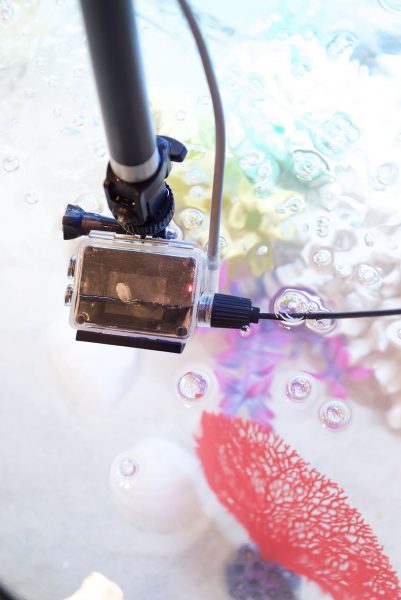 This looks to be a very clever and affordable solution to those wanting to use action cameras underwater from the surface and still have the ability to monitor and control their cameras. 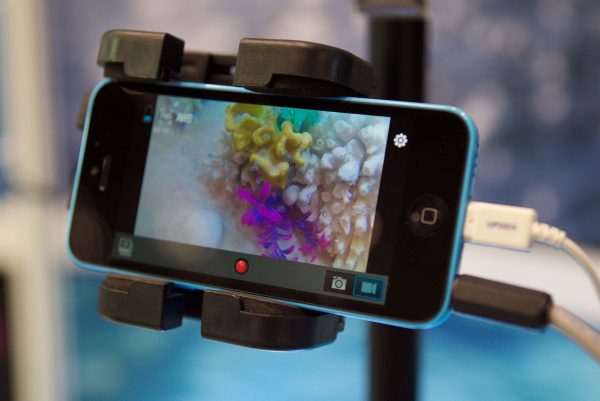 Lumica will have the Wireless Line available to purchase from their online store by the end of November. The retail price is expected to be around $35 US.