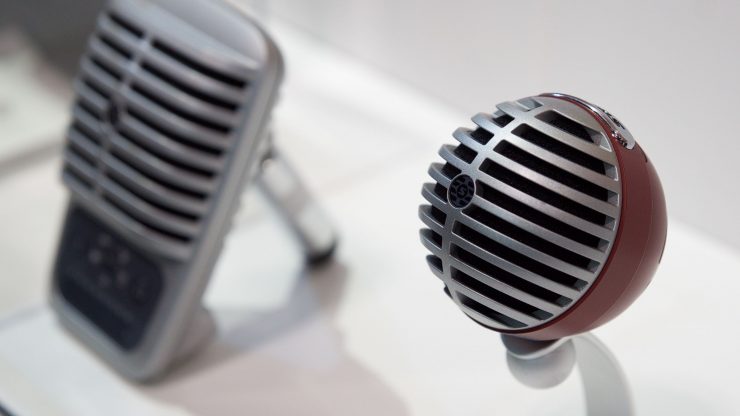 Shure were showing a range of interesting iOS-compatible microphones and an app for tablets and smart phones at their booth at Interbee. These products have been around for a little while now but they seemed to have slipped under the radar a bit. The first mic is the MV5, a digital condenser microphone that has a retro look and would look very cool sitting on any desk.

The MV5 is designed for home studio recording, podcasting, and as a mic for video chat. It has 3 DSP preset modes (vocals, flat, instrument) that automatically optimize EQ, compression and limiting depending on the sound source. It also has headphone monitoring capabilities, and a 1/4 20″ standard mount. The MV5 retails for $99 US and is compatible with iOS, Android, Mac and PC devices. 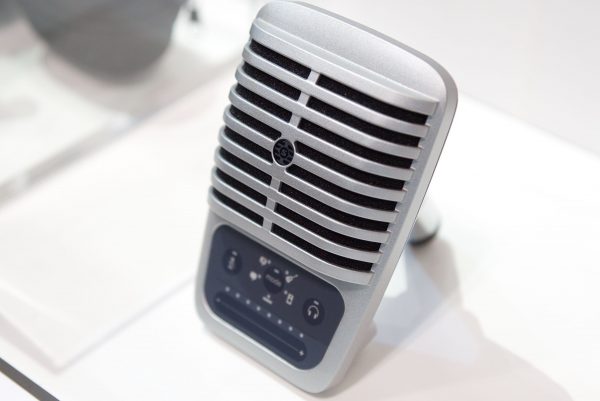 The MV51 is a digital large-diaphragm condenser microphone designed for home studio recording and audio for video conferencing, It has an integrated kickstand for tabletop use and a microphone stand adapter for traditional mounting. The mic features 5 DSP preset modes (speech, singing, flat, acoustic instrument, loud) that automatically optimize EQ, compression and limiting. The MV51 retails for $199 US. 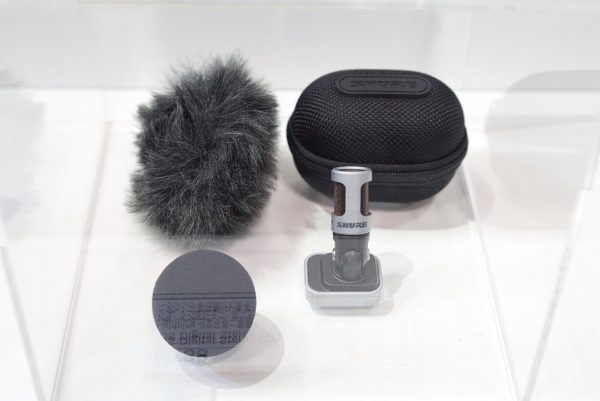 The MV88 is an iOS digital stereo condenser microphone designed to be used directly with your smart phone or tablet to record interviews and capture higher quality audio than built-in mics on a video camera. The MV88 has matched cardioid and bidirectional cartridges and mid-side architecture for a claimed phase-perfect, stereo image. Like all of the Shure iOS devices it is well constructed and made out of metal. RRP is $149 US. 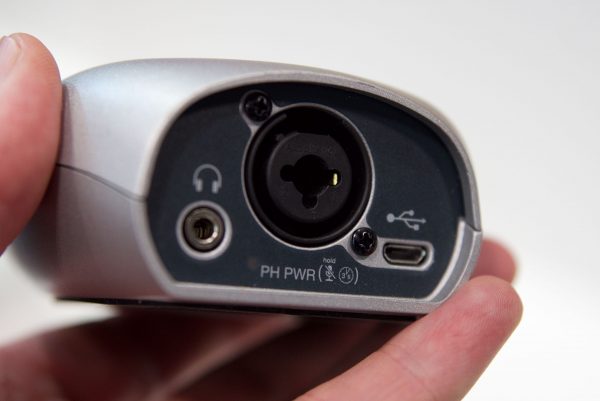 For news shooters or anyone who needs to record a voice over directly onto a laptop or computer the MVi is sure to be of interest. The MVi is a digital audio interface with both a 1/4 ” plug and an XLR input for plugging in a professional microphone. It uses a JFET Class A buffered instrument preamplifier that is said to offer exceptional tone and clarity. There are also 5 DSP preset modes (speech, singing, flat, acoustic instrument,lLoud). The MVi also can supply phantom power (12v for iOS; 48v for USB). It’s very solidly made and retails for $129 US.

Finally there is a clever iOS app called ShurePlus MOTIV E. This can be downloaded from the app store and allows control over the MV88, MV51, MV5, MVi, and MVL. When used with the MV88 you can change the polar pattern selection to stereo, cardioid, bidirectional or raw mid-side. You can also adjust the stereo width (60, 75, 90, 105, 120, 135 degrees) and another nice feature is the ability to left / right channel swap to enable the audio to match video recorded when the microphone is reversed in certain device positions.

When used with the MV51, MV5, MVi, and MVL it features high resolution metering, 36dB of adjustable gain and DSP preset modes that automatically adjust gain, equalization, and compression. You can save recordings in compressed formats (ALAC, AAC 96, 128, 256) and share files via email, text, iTunes, Airdrop and Dropbox. Rounding off the app there’s also a five-band equalizer, limiter, and compressor.