At Content & Communication World / NAB Show New York, Atomos vice president Matt Ivey walked us through the features of the Atomos Shogun Studio, which we first reported on back in June. The dual rack-mount 4K recorder and monitor is now shipping – for $3495.

The Shogun Studio has two touch-screen ‘decks’ that are capable of recording in ProRes and Avid DNxHR on standard SSD hard drives.  It can record 4K or HD and can record a 4K master on one side while down-converting to HD on the other. The recorder can do timelapses and there are LUTs built in which can be for monitoring only or can be applied to the recording. Vectorscopes, peaking, magnification and all the other things you’d expect on a monitor are also available. 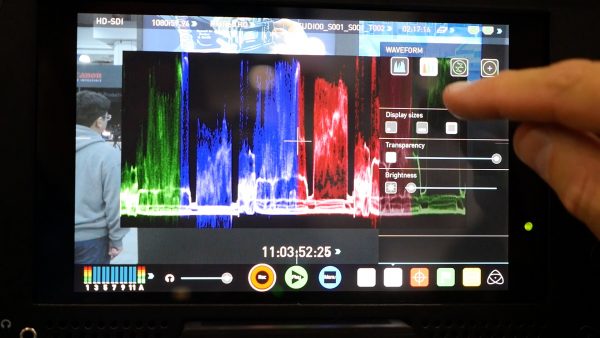 Check out the video for a rundown of all the features if you need a studio or live recording solution.