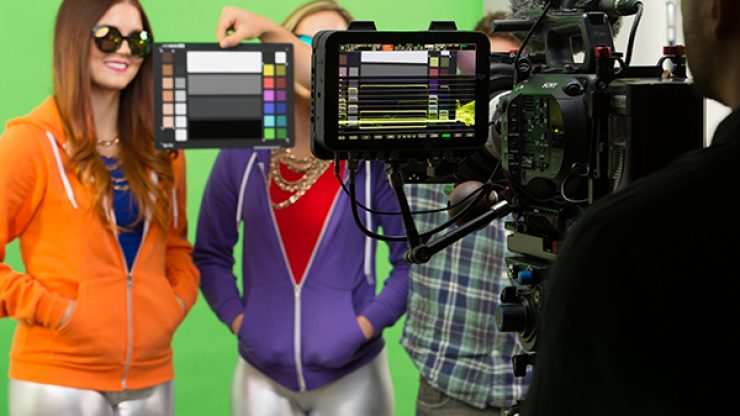 XRite want to make getting accurate colour and exposure easier than ever for video shooters. Their recently announced ColorChecker Video charts are aimed specifically at users of the latest generation of cameras. At Newsshooter we routinely use the original XRite ColorChecker charts to gain insight into how well camera and lenses represent colours. You’ll have seen them in many of our test videos and many of you probably own one for your own use.

By shooting the chart in any given scene you can see how different colours are represented by your camera. You can use it to adjust the mix of your lighting and, perhaps more importantly, you can also use it as the basis for colour corrections in post. Instead of just eyeballing the colour chips you can also evaluate them using a vectorscope for greater accuracy.

In the past few months we’ve also seen software colour correction solutions that attempt to automatically perform a primary colour correction ahead of a grade. Blackmagic’s Davinci Resolve allows you to shoot a colour chart and then have the software analyse it. Once the initial correction is done you can then grade knowing that your footage is all starting from about the same place.

The new ColorChecker Video comes in regular 8.5 x 11 inch sized and Passport versions. Both have a combination of white balance, grey balance and colour patches. The idea is that used correctly they can go a long way towards ensuring consistent colour and exposure for your shots.

The new design has the familiar yellow, red, magenta, blue, cyan and green patches, but also additional ones designed to represent common skintones.

The full sized ColorChecker Video has a large 4-step greyscale that includes white highlight, 40 IRE mid-tone grey, dark grey and gloss black references. This is especially useful when shooting in Log. Different Log curves require the user to expose the grey at different levels to give the most information in the highlights and shadows. This part of the chart is clearly visible to the camera and with a waveform monitor it allows you to accurately set exposure the way you want it. If you prefer you can use false colour or zebras with the greyscale chart.

It also has a smaller set of linear grayscale patches with additional patches in the highlight and shadow regions. This is designed to help set up cameras with higher dynamic range. It is especially useful if you have a lot of information in the highlights or shadows that you are trying to protect.

Their larger version also has a set of desaturated colour patches to give you more insight into how your camera sees colour.

The Passport version comes in its own hard plastic case and also has a siemens star target to allow backfocus adjustment of broadcast lenses on location. It has a larger three-step grey balance target and also the smaller greyscale patches.

Right now there aren’t any software packages designed to automatically colour correct using the new charts, but I expect that to change soon. Support for this feature in Color Grading Central’s FCP plug-in Colorfinale has already been announced and I would expect Blackmagic to follow suit with Davinci Resolve. Simply shooting the chart and then using the automated tool should bring the colours to a neutral point from where you can begin to add your preferred look.

It might take a few extra moments to shoot a chart, but if you are serious about colour then it could well save you (or your colorist) hours of correction in post.

Both versions of the ColorChecker Video should be available before the end of the year.