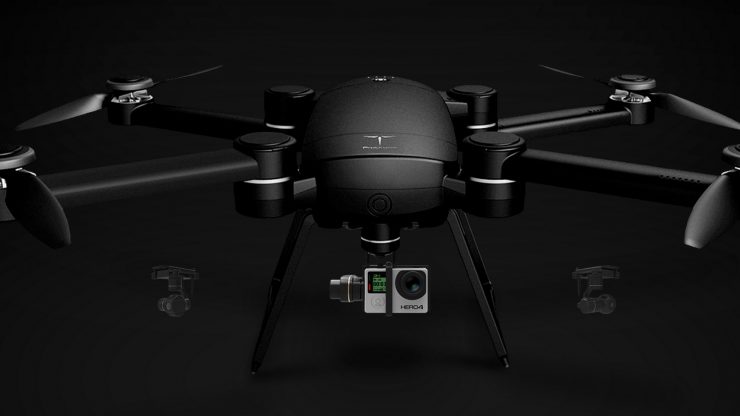 In the ever-more-crowded and ever-more-regulated unmanned camera drone market, the new ProDrone Byrd stands out for several innovative features.

First, it folds up to fit in a backpack or case that is much smaller than competing drones.  The arms just fold out and click into place and it’s ready to fly.  It folds down to the size of an iPad (but 4 inches thicker.) The props are self-tightening.

Second, it has a 4.5-lb payload and should be able to fly with a variety of camera systems. They’re selling models that have a gimbal for a GoPro as well as models with their own HD cameras or with 4K cameras.

Finally, it has a large battery that will give it a 30-minute flight time.

The Byrd and the controller have video-over-wifi to give the operator a first-person-view via a phone or tablet. They say the app will have the ability to map start and stop points to automatically fly a flight pattern and then land.

Nicolia Wiles from ProDrone was at Photo Plus Expo and gives us the lowdown on the new drone.  Prices range from $950 to $1400 depending on camera and features. They’re vague about when it will actually ship, but sometime this year.