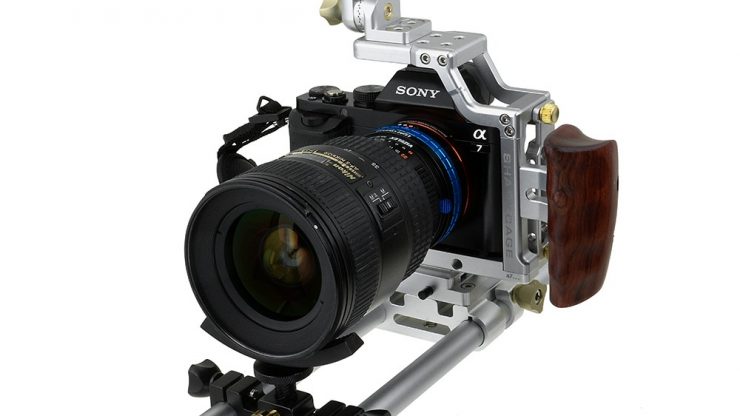 Fotodiox has expanded their line of Sharkcage camera cages to include models for both body styles of the Sony A7 line, along with the Panasonic GH4 and the Samsung NX1. They had released a version previously for the Blackmagic Pocket Cinema Camera.

Bohus Blahut, Fotodiox’s marketing director, showed us the features on the cages, which include cable pinches, an Arca Swiss plate on the bottom that has a quick release for the included rod system, and a top handle that mounts with 1/4-20 in any orientation. The cages leave the camera grip open and add a rosewood handle on the left side.

The cages fit tightly to the camera body and leave the right-hand side of the camera open so you can access the grip and controls.

The newly announced cages for Sony, Panasonic and Samsung include 12″ 15mm rods and a hand strap for $329. The existing BMPCC cage has had a price drop to $270.