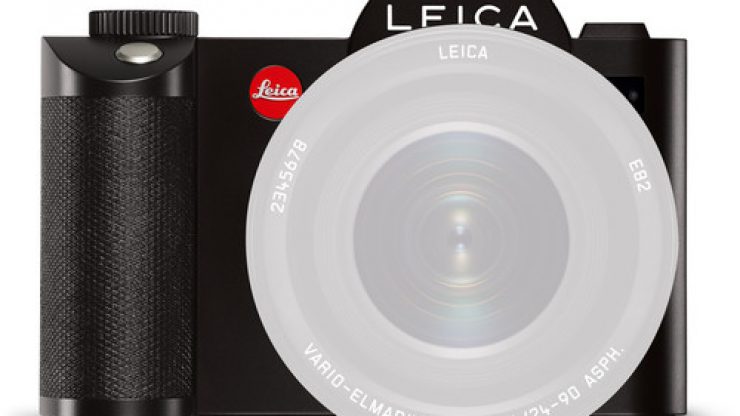 At Photo Plus Expo in New York City, we got our hands on the new Leica SL (typ 601) mirrorless camera. From early photos, we were expecting something along the lines of the Sony A7 series of cameras.  But the new full-frame camera is not a small and dainty piece of jewelry.  The body is heavy and large, but thin – like a Nikon D4 that’s been squashed flat.  With the 24-90mm f/2.8-4 lens on it, it’s a beast. It shoots full frame video in HD but 4K video is Super 35 format.

This is a camera that’s being built for professionals. It feels solid and substantial. The viewfinder is great, easily seen with glasses, set back from the camera body so there’s room for your nose, and with diopter adjustment that is easy to adjust but should stay put.  There is no perceptible lag. You can easily see focus with peaking, available in your choice of colors, and both the evf and lcd are great. You can magnify the screen for focusing and move the magnification point around with the joystick. The lcd does not tilt but is viewable from an angle. 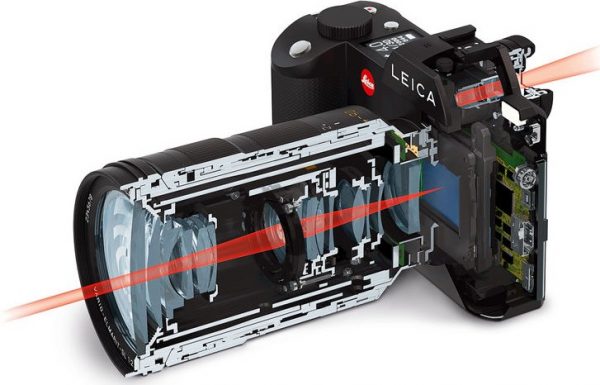 All the controls are customizable and mostly in the right places.  You can change settings with a dial, a joystick, or by touchscreen.  The movie record start button is at the back corner of the top plate, so it’s hard to hit by accident but takes a little effort to find it with a finger.

It will output video via a full-sized HDMI socket, but the mic input and headphone monitoring are via an adapter (optional but not yet priced) that plugs into the side of the camera. Internal recording is 8-bit 4:2:0 but the HDMI output to an external recorder is 10 bit 4:2:2.  One thing to be aware of: Depending on your video setting, it will either record full-frame (in HD, up to 120fps) or Super 35 size images (in 4K or UHD.) 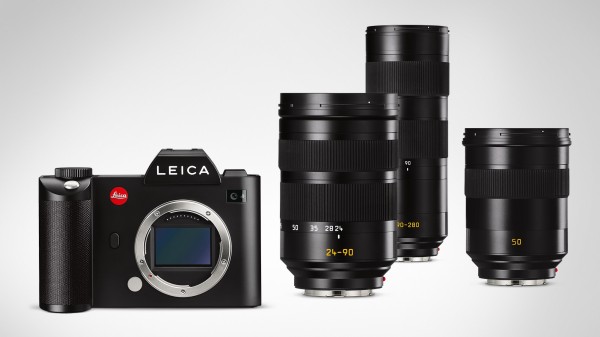 The battery release has a clever interlock that works one-handed. The release lever pops the battery out a bit and then by pushing in on the battery slightly, it releases all the way – your battery won’t fall on the ground when you change it on a tripod.  There’s no separate battery compartment door – the battery itself seals the opening. I’m guessing third-party batteries, if anyone makes them, won’t be in the same league as the Leica originals. The battery is said to be good for 400 still photos, but they weren’t talking about video battery life. There are dual SD card slots, with one being high speed.

The lens mount (they’re calling it an L mount) is compatible with the Leica T mount line of APS-C lenses.  When you mount a Leica T lens, the camera will switch to APS-C crop automatically.  Right now the only full-frame L mount lens is the 24-90mm f/2.8-4 image stabilized zoom, which is a heavy monster and costs $4950.  A 90-280mm is coming soon, followed by a 50mm Summilux. Adapters will let you use older Leica glass, including M and R lenses, and also PL lenses. The 24-90mm has a filter diameter of 82mm.

We shot a few seconds of 4K video with a Leica 35mm Summicron lens on an adapter.  The cameras at the show were production bodies but don’t have the final firmware yet. The footage is at the end of the video above, but is severely downsized so you can’t judge anything by it. But the Leica glass “look” was obvious. Open shadows, with organic-looking, non-digital sharpness.  They told me the cameras don’t have anti-aliasing filters, but there was no obvious moiré.

The camera is so new that details are still vague on many things – we don’t know how the video is read off the chip.  We don’t know what the audio adapter will look like. But we know the price will be $7450 for the body alone when it starts shipping in November. I’m not sure of the audience for this camera.  The image quality and handling will appeal to pros but the steep price won’t.  It’s too big and heavy for the folks who wear Leicas like jewelry. But it sure does feel good in your hands.