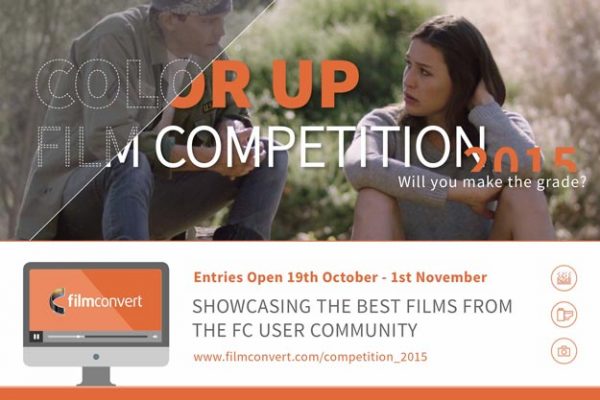 Hot on the heels of their new V-Log profile pack, FilmConvert have launched the Color Up competition, designed to showcase the best work from users of FilmConvert’s arsenal of film emulation tools.

The good news for non-FilmConvert users is you don’t have to buy the full version of FilmConvert to take part – films graded with the trial version are still eligible. Your colours will still shine through the watermark: just make sure to submit your work before the November 1 deadline. Entrants can submit their films to one of five categories: Wedding, Documentary, Music, Corporate and Creative/Story. There’s also a People’s Choice award, decided by a public vote. So get on social media and tell your friends you need their support!

The FilmConvert judges will pick a winner for each category and announce the top 50 entries on 4 November. The public will then be able to vote to pick one winner from the Top 50 to win the People’s Choice Award, and all winners will be announced on 17 November 2015.

For more information and an entry form, go to the FilmConvert website. Get grading!