At IBC, Italian company SmartSystem were showing the latest updates to their range of sliders with a unique fluid drag system system instead of a traditional moving belt. As a result these sliders offer a very smooth travel motion – probably the smoothest I’ve seen. There is a Reflex version for smaller cameras and a Pro version that can carry weights of up to 100kg.

The sliders can also be motorised and set up to do complex time lapses or programmed moves. I was very impressed with how quiet and powerful the motors were that SmartSystem were using. The company was also showing a nice wi-fi control system that allows the operater to use a tablet or smart phone to access and control all of the functionality. The app was very intuative and well thought out, letting you set up highly precise moves and time lapses with relative ease.

SmartSystem were also showing a prototype parallax type slider attachment called the Pan head 360. It features the unique ability to be able to move a camera through 360 degrees – which would allow for some very creative shots. 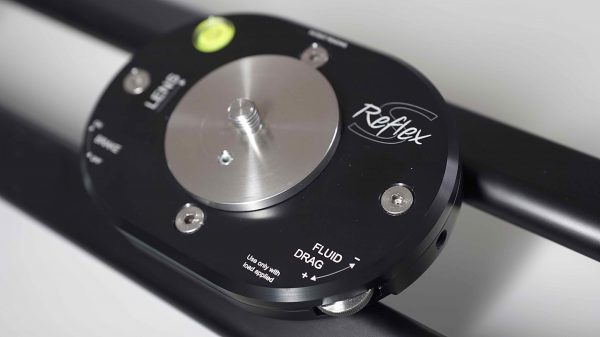 Newsshooter previously reviewed the SmartSlider Reflex and you can read about it here. For more information on any of the SmartSystem products, you can head over to their website.