The Alexa MINI has quickly established itself as a small camera of choice on many high-end productions. Originally aimed at multirotor, brushless gimbal and Steadicam operators it has found wider use as a general production camera as well. Many rig makers have been making solutions that transform it into a more handholdable camera.

At IBC the MINI’s product manager Michael Jonas walked us through all the updates to the camera that will be in the upcoming SUP3.0 release. Also on display was a working beta of the anamorphic shooting option that is due in November as a paid for licence.

He also showed us improved functionality with the Transvideo/ARRI StarliteHD5 OLED monitor. When used to control the camera it can adjust several parameters via the touchscreen interface.

Another new accessory that works with both Amira and Alexa MINI is the new CCM-1 control panel. This is a cabled remote screen that replicates all the controls found on the EVF, but places them on a panel that can be mounted on the opposite side of the camera so that an assistant can access it. It can also be used when the camera is placed in remote locations. 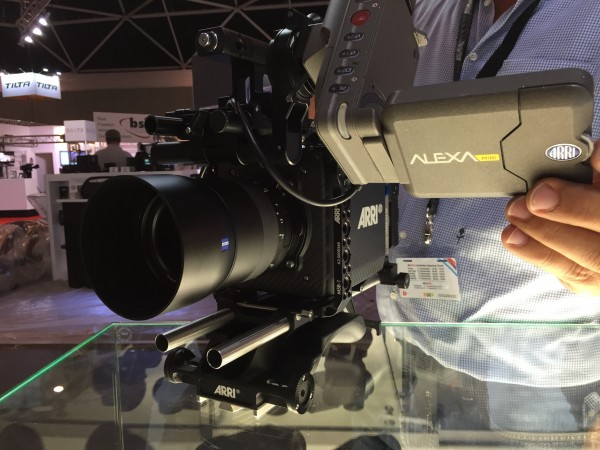 Also at IBC ARRI had a big screen showcase where various DPs talked about their experiences with the camera. In the clip below Casey Warren and Danielle Krieger of MINDCASTLE explain how they use the ALEXA MINI to create their beautiful imagery.

For more details of the updates keep an eye on the ARRI website.