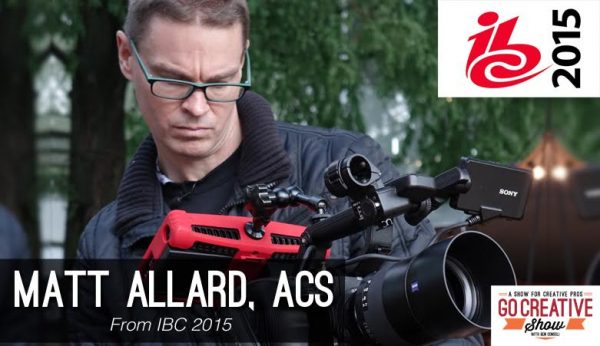 On the latest episode of the Go Creative Show I talk to host Ben Consoli about all the the news and announcements from IBC 2015. We discuss the Sony FS5 and A7S II, all the new lenses including the Zeiss Milvus range, drones, audio kits, lighting, and much more.