This year at IBC there were quite a lot of new battery solutions. SWIT were showing a nice system that is capable of running high power draw devices such as lights or big cine cameras while on location. Their 4-Battery Power Station Box is a take-anywhere, rugged yet portable remote power device. 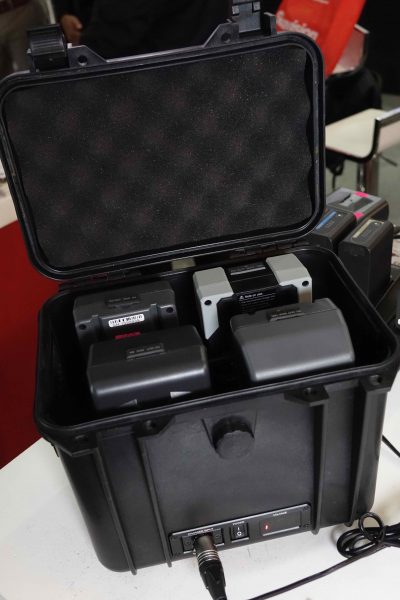 The box houses four V-lock batteries from any manufacturer, regardless of their output, inside a hard enclosure. The power station uses two XLR outputs to supply either 12v or 24v power (depending on the model) to external devices. A LED display also provides real time output voltage and a low battery warning light.

There are a lot of high draw LED lights on the market that can be only powered by bigger batteries with capacities that most airlines won’t let you fly with. Using several smaller batteries that are airline approved, in conjunction with the Power Station Box, you should still be able to fly with enough power for your lights. 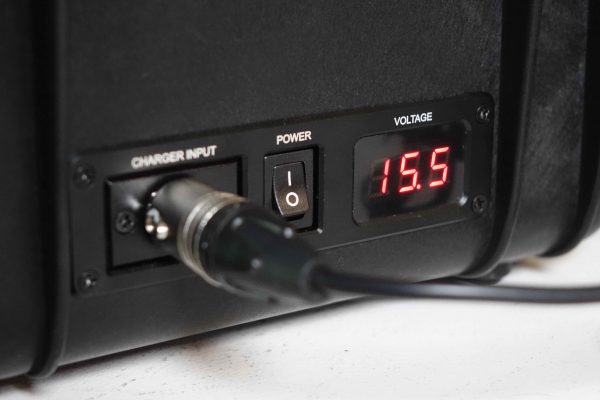 The Power Station Box also doubles as a charger, so you can plug the box into mains power and re charge up your batteries without ever having to take your batteries out. 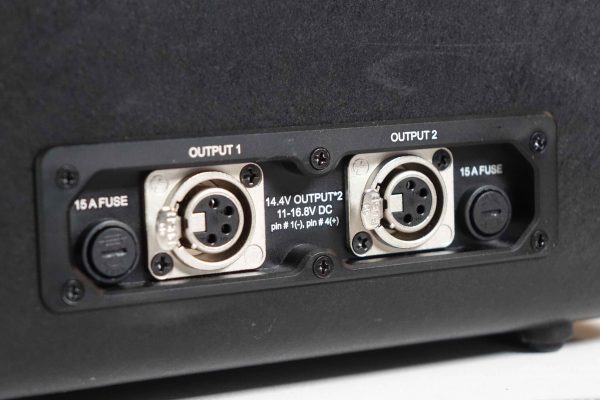 Three different versions of the Power Station Box are available: 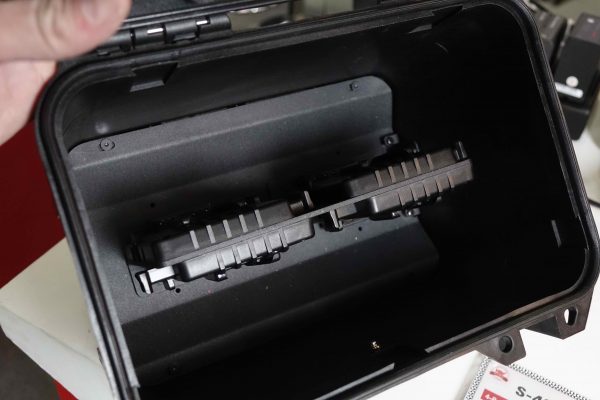 The 4-Battery Power Station Box should be a great solution for news, documentary and film crews who want to power lights and other devices without the need for mains power or a generator. By taking your existing camera batteries you not only get a charger but a portable power solution as well.

The 4-Battery Power Station Box will cost around $700 US and be available in the next few months. Keep an eye out on the SWIT website for more details.