Last year at IBC we showed you the very first flexible LED light made by Korean company Aladdin. This year at the show they were showing us some of their latest additions to the Flex Light range. 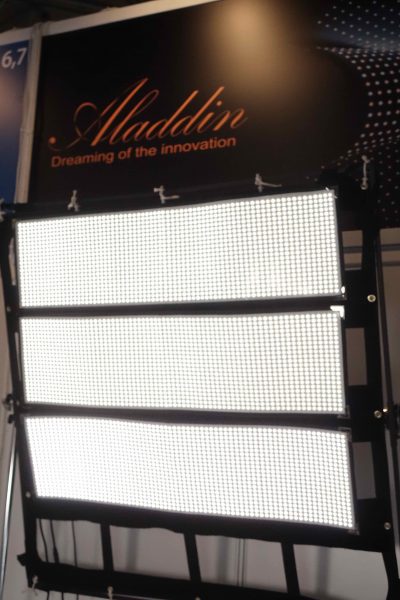 Expanding on their successful 1×1 which we awarded last year, Aladdin are now offering a 2’x 1′ Flex light that allows for a much brighter output and bigger light source. Not stopping there, they have also developed a 4′ x 1′ version that was on display in a giant 3 light configuration on a velcro backed screen. This provided a giant light weight light source that can easily be packed down for transport. A soft box is also under development for the 4′ x 1′ which should provide a large high quality diffused lighting source. 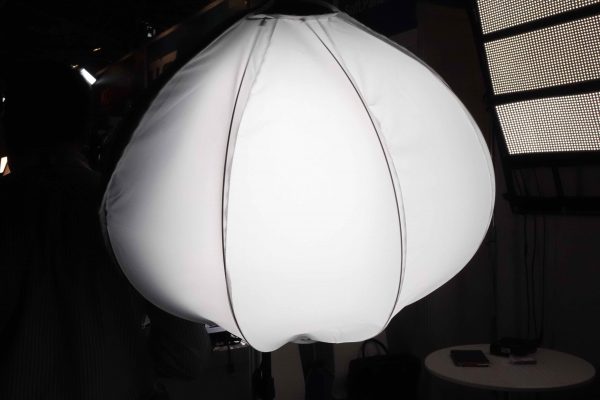 Earlier in the year Aladdin launched a bi-colour Flex LED and at IBC they also showed us a matching softbox and honeycomb grid to better help control the light spread. A nice pancake diffuser was also on display that will work on any of the company’s existing LED Flex lights. This provides a soft lighting source and could easily be mounted to a boom pole or light stand arm. 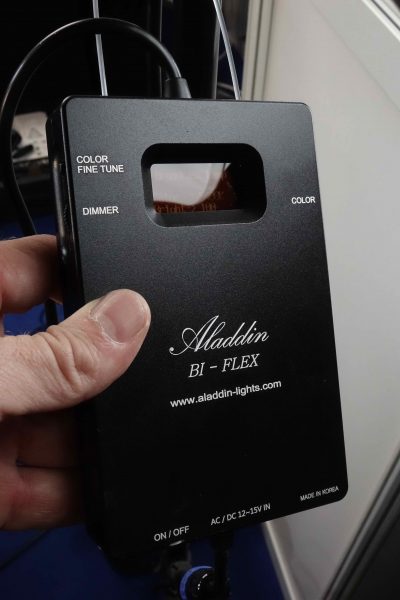 The 2′ x 1′ Flex lights will be available in at the end of September for around £1500, whether that price will be similar in the US and Asia is unclear. The 4′ x 1′ is expected to be around £1900. For more information head to the Aladdin website.