At IBC Tilta were showing their latest developments to their Armor Man exoskeleton gimbal support, as well as a new gimbal system called Gravity. The heavy duty gimbal can support larger cameras like the Sony F5/55 and hold payloads up to 15kg. The gimbal itself weighs in at just 3kg which seems impressive given the claimed payload capacity. To prove their point they had it running on a F55 at IBC. 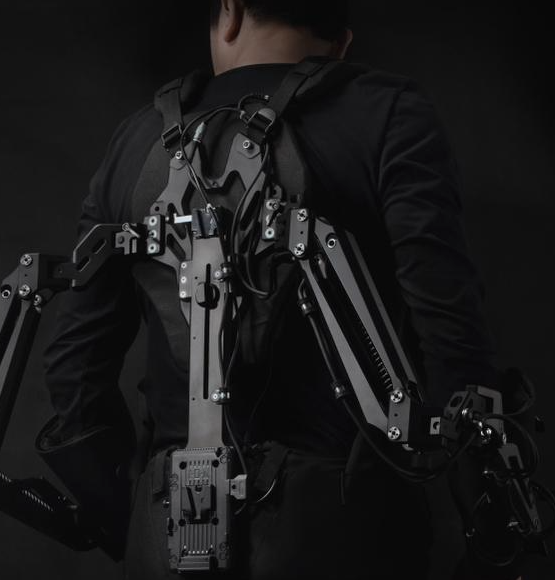 The company’s second version of Armor Man was shown working in conjunction with the Gravity. The version two Armor Man has been re-designed so that the user can now move their hands away from the mechanical arms when needed. A V-lock or gold mount battery can be mounted to the rear of the vest with power cables that run through the suit to supply the gimbal. The Armor man lets the operator easily support weights of up to 20kg and can be used with other makers’ gimbals too.

For more details visit the Tilta website or Ikancorp in the USA.