Arri were giving a sneak peak of the new SUP 3.0 firmware for the Amira at IBC. There’s a host of new features coming in the release that is scheduled to be available to download in the next few weeks. 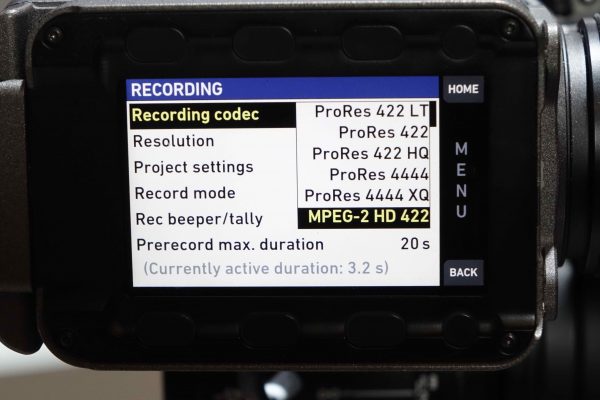 The big news is the inclusion of both MPEG-2 422 50Mb/s and ProRes 4444 XQ recording options. MPEG-2 422 50Mb/s is still a very popular codec that is requested by broadcasters who don’t want to deal with large volumes of data. ProRes 4444XQ is the highest specification of ProRes. Apple ProRes 4444 XQ preserves dynamic ranges several times greater than that of Rec. 709 imagery. This holds true even against the rigors of extreme visual effects processing in which tone-scale blacks or highlights are stretched significantly. Like standard Apple ProRes 4444, this codec supports up to 12 bits per image channel and up to 16 bits for the alpha channel. Apple ProRes 4444 XQ features a target data rate of approximately 500 Mbps for 4:4:4 sources at 1920×1080. ProRes 4444 XQ allows for shooting at up to 120fps in HD and 60P in UHD. 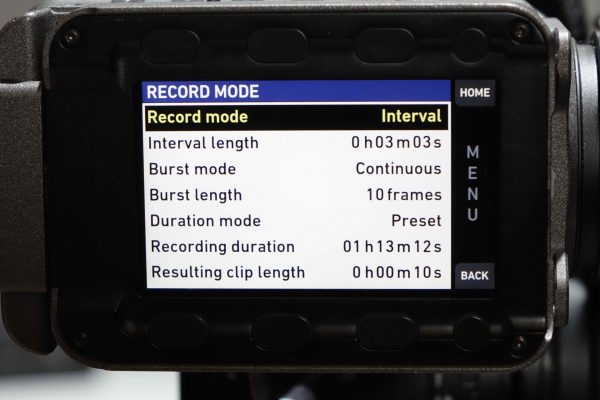 Another key feature of SUP 3.0 is the inclusion of interval recording. This feature allows for either manual or preset capture modes. The smart thing about the system is you can tell the camera how long you want your final shot to be and it will not only tell you how long the camera needs to record for bit it will also stop recording automatically once the duration is completed.

The Super 16mm mode that was originally intended to be included in this release was not included. Arri told me that it is still coming but they are still working on how to best optimise the feature for best quality. 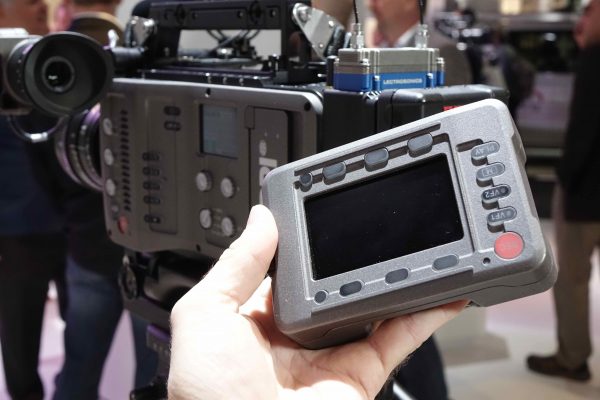 Arri were also showing an optional control panel that will work on both the Amira and Alexa mini. The panel is exactly the same as the control LCS screen that is on the Amira viewfinder. The new panel that will cost 2600 Euros, can be connected to the camera via a cable and placed on the other side of the camera or held by an assistant. 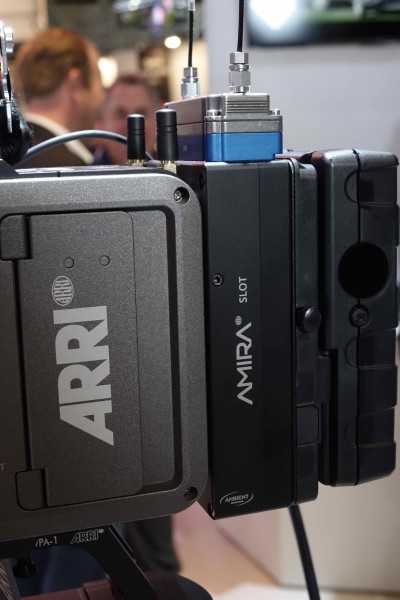 The Amira radio mic receiver slot will be available soon for 980 Euros and has some clever new technology implemented inside it. Arri have managed to put a small battery inside the unit so that you can hot swap batteries on the Amira without having to stop recording or turning off the camera. The radio mic slot provides enough power to keep the camera running while you swap batteries.

Arri told me that there are plenty of improvements and updates that will be coming to the Amira in the future and that the camera will continue to be improved.