Imagine a sensor that had almost four times the number of pixels as the 50.6 MP full-frame Canon EOS 5DS. This may sound like a a pipe dream, but Canon have now made it a reality. Today the company announced a APS-H-size (approx. 29.2 x 20.2 mm) CMOS sensor incorporating approximately 250 million pixels (19,580 x 12,600 pixels). This means it has by far the world’s highest number of pixels for a CMOS sensor that is smaller than the size of a 35 mm full-frame sensor. I’m guessing the only sensors that surpass this are larger military grade ones designed for spy satellites.

Video footage captured by the camera achieves a level of resolution that was approximately 125 times that of Full HD (1,920 x 1,080 pixels) and approximately 30 times that of 4K (3,840 x 2,160 pixels) video. Right now it can only manage five frames per second, but it surely can’t be too long before higher frame rates are possible. Just imagine the cropping possibilities if you were putting this footage onto a HD timeline? With this amount of resolution you could crop and magnify video images without sacrificing image resolution and clarity. 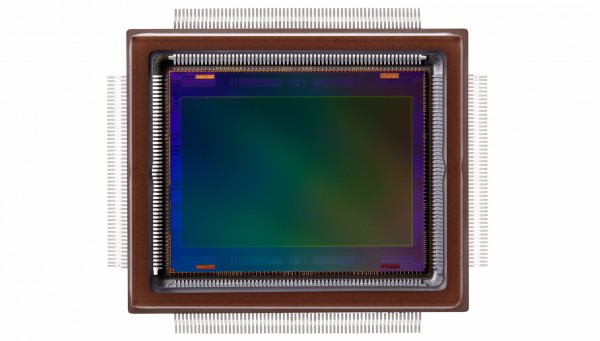 According to Canon, when they installed the sensor in a camera it was able to distinguish the lettering on the side of an airplane flying at a distance of approximately 18 km from the shooting location. The size of a 250MP RAW stills image would be somewhere in the region of 300MB. With 30x the resolution of 4K it is scary to think how big the video files from any camera that had this sensor would be.

This sensor reminds me of the sort of technology Canon showed at the World Fair in Shanghai in 2010. They showed their concept “Wonder Camera” which looked like a over sized hairdryer. The fixed lens on the ‘Wonder Camera” was capable of snapping macro photos or zooming up to 500mm with extraordinary image stabilisation. The camera only captured video, as the cameras resolution was high enough for users to turn a single frame into a still image. The “Wonder Camera” also used a proprietary technology that was able to keep everything in focus. The “Wonder Camera” showed that this sort of imaging technology was possible even back in 2010. While it hasn’t been heard of since, the new 250MP sensor Canon have just announced is probably a direct result of the company’s prior research and development into futuristic imaging technology.

This new technology may still be a long way off finding its way into any type of commercially available camera (although Langley probably have order in already). There are still several obstacles to overcome when using such a high MP sensor. According to Canon; with CMOS sensors, increases in pixel counts result in increased signal volume, which can cause such problems as signal delays and slight discrepancies in timing. The new Canon-developed CMOS sensor, however, despite its exceptionally high pixel count, achieves an ultra-high signal readout speed of 1.25 billion pixels per second, made possible through such advancements as circuit miniaturization and enhanced signal-processing technology. Accordingly, the sensor enables the capture of ultra-high-pixel-count video at a speed of five frames per second. Additionally, despite the exceptionally high pixel count, Canon applied its sensor technologies cultivated over many years to realize an architecture adapted for miniaturized pixels that delivers high-sensitivity, low-noise imaging performance.

Canon is still considering the applications where this technology could be used. While they say it more destined to be used in specialized surveillance and crime prevention tools, ultra-high-resolution measuring instruments and other industrial equipment, they have said it could also be used in the field of visual expression. At the rate technology is moving we may well see very large sensors making their way into cameras sooner rather than later. At that point you can wave goodbye to your zoom lens.