GNARBOX is a portable, self contained mobile video solution for viewing, backing up, editing and sharing your footage, all without the need for a computer. The company’s stated aim is to help you get the most out of your cameras and content. According to GNARBOX they have spent two years in a garage building a solution to the biggest problem with owning a camera; managing all of your videos and photos. 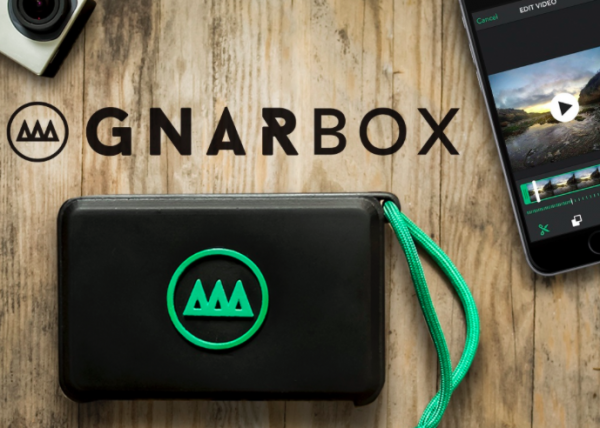 To use the GNARBOX your camera will have to either use a SD Card, Micro SD card or have a USB3 connection. It can accept recordings in the popular .MP4 (H.264), .MOV or .AVI. This makes it perfect for cameras such as DSLRs and GoPros – but probably not your top line cinema camera. If your using it for photography it will work with .JPEG, .PNG, .RAW, .CR2, .ARW and .NEF files.

To do all this GNARBOX has a Quad Core, 2.2GHZ CPU with a 8 Cored 3D GPU, 4GB of DDR3 RAM, 128GB of flash storage all housed in a compact, waterproof (up to 1m) and dust proof housing (IP67). According to the company the in-built rechargeable battery will power the device for between 6-8 hours.

You can Backup your material in the field at up to a claimed 4GB/min and let the GNARBOX auto-organize your photos and videos while you continue shooting. What isn’t clear is how fast the material can be converted into proxies for your phone to edit – just how fast this happens will determine how usable the system is. In addition there are no plans to offer larger capacities than 128GB at present and only material on the flash storage can be edited. Files can be pushed and pulled (but not edited from) from external USB drives (although I’m guessing they will need their own power source). 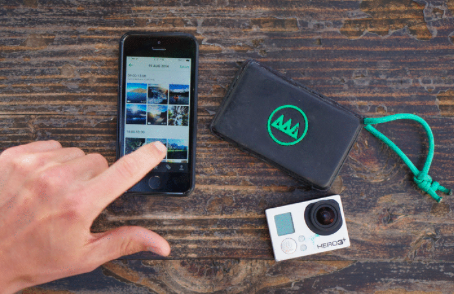 When you use GNARBOX to edit on your smartphone all of the hard work is done by the CPU and GPU. GNARBOX have designed a system that encodes, decodes and streams video (up to 4K) to your phone. Essentially it is creating proxy files that allow you to edit the original full resolution material that remains stored on the GNARBOX. When you make an edit they will be executed on the file on the GNARBOX, not on you phone. Traditional mobile apps rely on copying the whole file to the phone or table, and therefore can’t deal with large Ultra HD videos or RAW photos. GNARBOX claim you can store GBs of files without filling up your phone’s memory. There is apparently no disruption of your phone’s ability to text, call, or use other apps while your using the GNARBOX App. By customising the GNARBOX system to deal with only the media, they say they have been able to optimise the performance and hardware to deal with Ultra HD, 4K and 1080p at up to 120fps material. 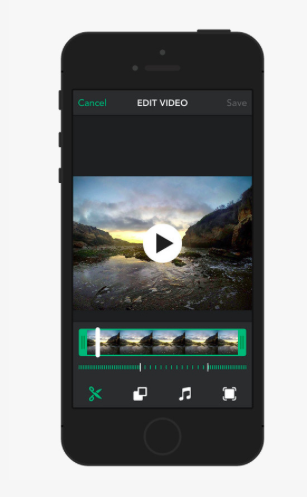 Once you decide to publish your edit the GNARBOX can directly share via WiFi, or your phone’s 3G/4G connection. You can choose to save material to your Phone’s camera roll instead, but it will automatically downgrade quality to the maximum your phone can handle.

The GNARBOX will allow you to edit the following resolutions and frame rates on your smartphone or tablet: 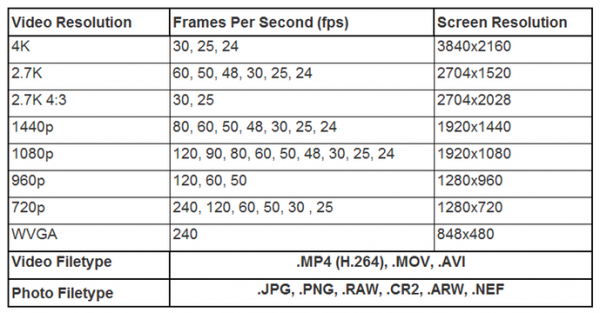 Built in WiFi lets you connect the GNARBOX to the GNARBOX App and offers a range of up 100ft (30.5m), using a multi-mode 300MBPS WiFi network. You can connect up to four phones to the GNARBOX hotspot so you and your friends can view and download your photos and videos together.

Here is how it works:
Step 1 Upload up to 128 GB of full resolution footage from any camera to the GNARBOX. This can be done via a SD card, Micro SD card or USB3. Up to three cameras can be plugged in at once.

Step 2 Connect Phone to GNARBOX Hotspot & Open the GNARBOX App. Here you can view photos and videos, back up your photos and videos, have it auto organise your content by date, time and GPS location and edit your material. The editor will allow you to do slow motion, make basic contrast and colour adjustments as well as do cropping.

The GNARBOX is currently on Kickstarter and at the time of this post had reached 75% of its $100,000 US goal with 30 days still left to go. Estimated delivery if the funding goal is reached is March 2016. The GNARBOX say the final product will retail for $249 US, but if you back the product today with $149 US pledge the company say you will secure one of the first units (Early bird offers of units for $99 have been fully taken up).

Usual Kickstarter health warnings apply – there are no guarantees that your pledge will ensure you actually receive the finished product. Deliveries of production units are not expected until March 2016.