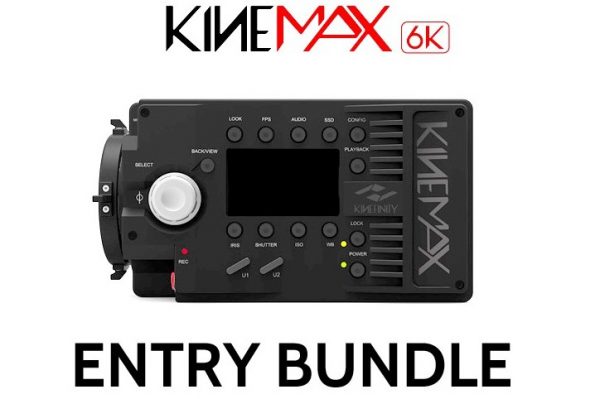 The Kinifinity KineMAX 6K camera got a lot of attention at NAB this year. The big news today is that their European dealer HD Videoshop has told us that Kinefinity have officially been given permission by Apple to add ProRes to their camera, This makes it a much more viable option for all sorts of productions. Up until now the KiniMAX 6K has been limited to recording their own proprietary RAW format for shooting in 4K or 6K. Few in Television or web production want to deal with the big file sizes that RAW shooting gives, so ProRes is a welcome alternative.

This will happen in two stages. The first being the addition of ProRes as an output option in the company’s Kinestation RAW conversion suite. This means that footage shot as KineRAW files onto SSD media can then be quickly converted to ProRes on your computer. This is likely to happen in June or July this year.

The second, more important, stage will be a hardware implementation of the ProRes encoding inside the camera itself. This will tentatively scheduled for Q4 2015 – but like all development announcements this may slip. At this stage it isn’t clear what this upgrade will cost, and I imagine that the cameras will have to be returned to base for it to be installed.

In addition to the ProRes announcements we have been told that there will be a HiSpeed Option to allow shooting 4K at 100fps and 2K at 150fps or more. This should be available in July or August 2015 and will be a paid upgrade.

HD Videoshop have also unveiled a competitive entry kit for 6K shooting. For €9626, or $8990 US, you will get a KineMAX with 6K option pre-installed. You will also get:

The addition of internal ProRes recording means that Kinefinity will join Blackmagic Design, AJA, Sony and ARRI in offering what is now the industry standard codec for compressed recording. Below is the interview with Kinefinity from NAB that we previously published: