For NAB 2015 Ryan Avery from Veydra has some exciting new announcements. The first is the dedicated 2x anamorphic prime cine lens for M4/3 mount. Made specifically for the GH4 and another camera that Panasonic will be unveiling tomorrow. Veydra plans to add two other focal lengths at a later date to create a three lens anamorphic set.

Veydra have also announced that they will be adding either a 8.5mm, or 9mm wide angle lens to their mini prime lineup in the coming months.

This from Veydra:
Veydra Mini Anamorphic 2X Project: Anamorphic for Everyone
The Veydra Mini Anamorphic Project is an ongoing development project to manufacture true 2X Front Anamorphic lenses exclusively for the Micro Four Thirds camera bodies. True 2X Anamorphic Lenses offer the ability to captured a horizontal field of view that is twice as wide as the given focal length that is then “unsqueezed” to a “normal” looking image that has a wider screen cinematic aspect ratio like 2.39:1. This concept provides an increase in vertical resolution as well as the ability to minimize digital noise when the anamorphic image is corrected to a “flat” or normal looking image. There are also creative implications as the out of focus image (bokeh) when using the 2X Front Anamorphic Veydra lenses which exhibit the traditional and desirable oval shape providing a surreal look and feel to the image around your in focus subject. 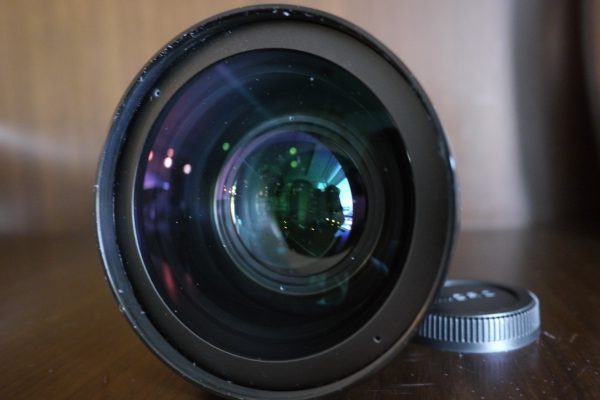 Using a standard spherical lens and simply letterboxing the 16:9 image for 2.39:1 CinemaScope, you lose half of the image height and therefore must frame very wide on top and bottom of your image to accommodate for the crop for final display. When a 2X anamorphic lens is used, you achieve a 2X squeeze of the image horizontally and a resulting 2X increase in image height which allows you to frame more closely to the final image output for CinemaScope. You can later “de-squeeze” the image from the 2X anamorphic lens in Post Production into the final desired 2.39:1 CinemaScope format while maintaining your original image height. 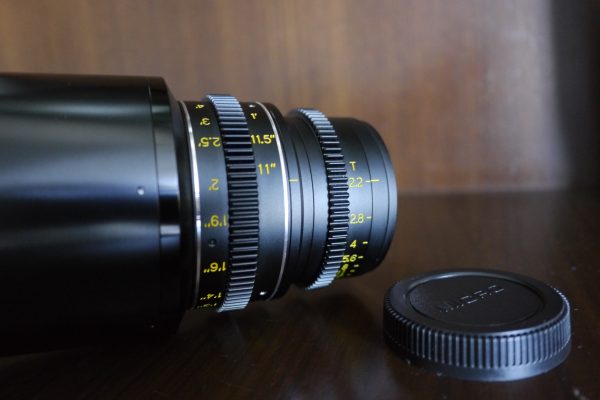 Another advantage to shooting Anamorphic lenses are the more widely known desirable image effects such as “anamorphic flares” whereby light flares are imaged in a stretched line of light across the image. This is sometimes referred to as “anamorphic streaks”. The Anamorphic lens also creates an oval shaped bokeh or out of focus background which is very pleasing to many. Anamorphic lenses also create a separation of the subject from the image background which can be described as closer to 3D imagery than it is to a 2D image. All of these effects combine to make shooting with an anamorphic lens far more desirable than using spherical lenses for 2.39:1 CinemaScope output.

While shooting Anamorphic has its advantages, until now the major drawbacks have been availability of lenses and cameras that could be afforded by most. The options to date have been to rent or buy the exceptional performance, yet exceptionally high priced, cameras and 2X Anamorphic lenses from highly regarded manufacturers such as Arri, Cooke, Zeiss, Hawk, and Service Vision. The combination of these cameras and lenses could land you near $200,000+ USD to own and shoot true 2X Anamorphic. These options remain by far the highest quality and true anamorphic shooting experience for those with the budget to do so. 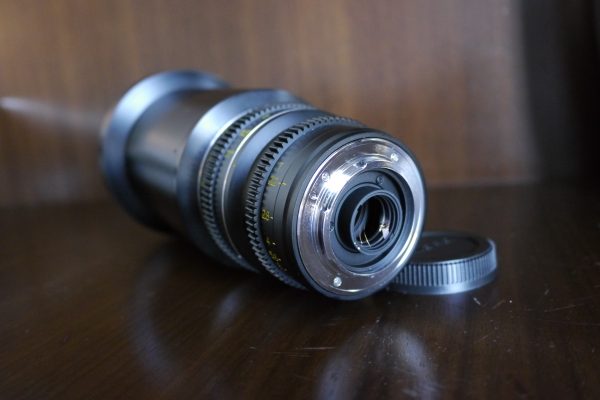 Panasonic recently made Anamorphic shooting available in their GH4 camera via the 4K Photo Mode which currently allows for 4K UHD video shooting in 30p frame rate. This has drastically cut the price of the camera component of the anamorphic system down to under $2,000 USD. The missing link is now affordable true 2X Anamorphic lenses to take full advantage of this offering.

Other manufacturers marketed some more affordable anamorphic options via 1.33X and 2X anamorphic adapters that are intended to go on the front of camera lenses. The issue with anamorphic adapters, and main reason that Veydra will not offer an adapter at this time, is that front mount Anamorphic lenses feature two nodal points of focus and therefore the spherical lens AND the adapter must be refocused for each change in focus in the scene. This makes common image effect tools in cinema such as focus pulls and camera movement nearly impossible unless you are shooting at a depth of field and camera position where movement and change in focus are irrelevant. Focusing both the lens and an adapter greatly limits your options as a filmmaker.

Adapters must also be made for a specific focal length even further limiting your lens choice options and alignment of the anamorphic elements is critical for optimal image performance. This leaves too many variables for getting it wrong and destroying your image.
Further complicating the anamorphic quandary is the issues of 1.33X versus 2X and front mounted versus rear mounted anamorphic cylindrical elements.

1.33X anamorphic adapters and lenses are designed to create 2.39:1 CinemaScope from a 16:9 aspect ratio sensor when de-squeezed in Post Production. The major issue with this 1.33X squeeze of the image is that it only gives you approximately a 30% increase in image height and limited image effects like the desired light streaks, oval bokeh, and subject-to-background image separation that you get from a 2X Anamorphic lens.

Anamorphic lenses with the anamorphic cylinders placed in the rear sections of the lens are offered by some lens manufacturers as well as 3rd party adapters. These can be a powerful tool for adapting existing spherical lenses however you lose 2 f-stops of light due to the increased distance in the rear of the lens to accommodate the adapter and the Anamorphic effect is not as strong as a true 2X front mounted Anamorphic optical group.

All of these reasons combine to explain the logic behind the Veydra Mini Anamorphic Project. A front 2X anamorphic lens free of compromise thus making Anamorphic shooting available to everyone for a fraction of the price of the nearest substitute lens in other formats.

The first focal length we will make available is the Veydra Mini Anamorphic 2X 25mm T2.2 M4/3. This will feature the Veydra Mini Prime 25mm base optics in the rear and have the 2X anamorphic group in front. All of this will be housed in a single lens with a single calibrated focus scale available in Imperial or Metric focus scale with proper focus gears and movement for motion pictures production. All the same attention to detail found in the Veydra Mini Primes will be carried over the to the Mini Anamorphic including 0.8 module iris and focus gears, same maximum T Stop on all focal lengths, similar length, same outside diameter for quick lens changes, plated brass Micro 4/3 mounts, high quality aluminum housings and the finest optical coatings for maximum image quality.

The Veydra Mini Anamorphic 2X 25mm T2.2 M4/3 should be available at the end of 2015. We will simultaneously develop other longer focal lengths with the aim to make a 3 lens set available sometime in 2016. Expected pricing per lens is to be around or under $5,000 USD per lens.

Veydra Mini Prime Wide Angle Project
Micro 4/3 sensors offer many advantages for shooting both stills and motion content including smaller camera sizes and lower production cost for higher quality lenses than their Super35 or Full Frame 35 sensor equivalents. With upsides come downsides which include a decreased field of view when using the same focal length you might on a larger sensor. For example a 25mm lens on a Micro 4/3 sensor will create an equivalent field of view of a 50mm lens on a Full Frame 35 sensor. Due to the limitations of focal length and field of view the smaller sensor creates, Veydra has manufactured the world’s first true cinema lenses made specifically for Micro 4/3 cinema cameras including the 12mm Mini Prime. We recognize that 12mm, while wide, is not wide enough for some applications.

For this reason, we are pleased to announce our ongoing Wide Angle Project which are endeavoring to make the perfect wide angle cinema lens for Micro 4/3 sensors. We are in the final design stages of completing a new Wide Angle Veydra Mini Prime which will be either an 8.5mm or 9mm and likely feature a T2.4 maximum aperture. Wide angle lenses are exceedingly difficult to design particularly in the aspects of chromatic aberration and other issues associated with light striking a sensor off axis. We should be finished with the design and show a prototype in the coming months. We hope to ship the new Wide Angle Veydra Mini Prime sometime in early 2016 and will retail for around the same price as the 12mm Mini Prime.