According to Voigtlander the lens utilizes aspherical lens design in order to limit aberrations and maintain a compact form. It also an all-manual lens with physical focusing and aperture rings. The 10.5mm Nokton provides users with an option to have clicked, or clickless aperture stops due to the inclusion of the Selective Aperture Control System. 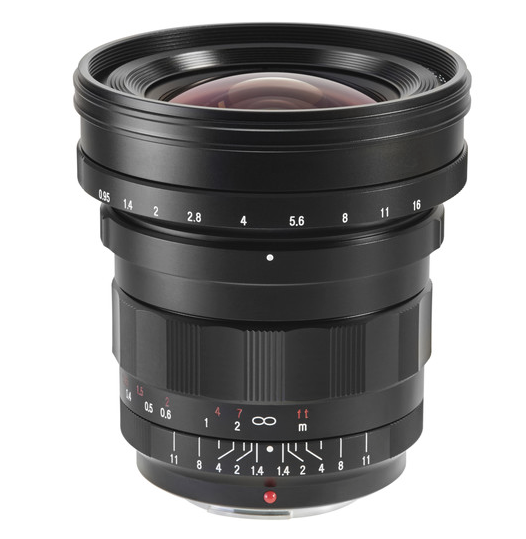 It features a minimum focus distance of 6.7″ (17cm) and the 10-blade aperture diaphragm ensures smooth out-of-focus elements. The front of the lens features a 72mm filter thread and a lens hood is included.

I had a quick play with the lens on a Panasonic GH4 at CP+ and was impressed with the build quality and super fast aperture. The lens looked to remain sharp even when wide open and produced a very pleasing bokeh.

The Voigtlander is faster than the new SLR Magic 10mm T 2.1 which retails for $800US. There is no pricing or shipping date of the 10.5mm Voigtlander currently available.