At CP+ in Japan Tokina were showing their new AT-X 11-20mm f/2.8 PRO DX Lens. This Ultra wide-angle zoom for Canon and Nikon APS-C-format DSLRs offers a 17.5-32mm equivalent focal length and features a constant f/2.8 maximum aperture. The new lens will be of a lot of interest to video shooters who have previously used the 11-16mm f2.8. 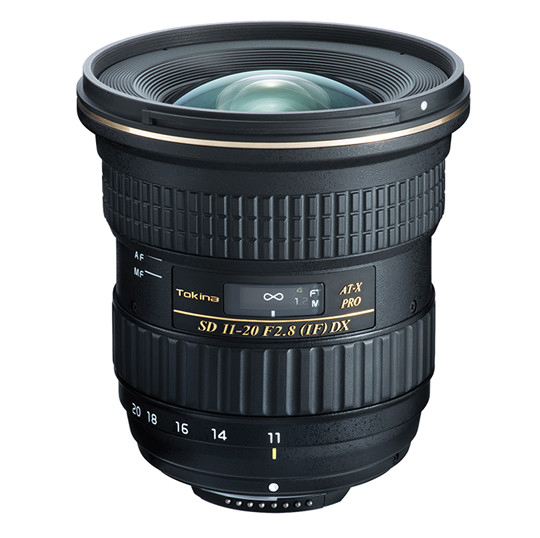 As with the older 11-16mm f2.8 there is a one-touch focusing clutch mechanism that permits quick switching between autofocus and manual focus modes. An internal focusing design maintains the overall length of the lens during use. The lens features a nine-blade diaphragm which contributes to a pleasing out-of-focus quality when shooting wide open.

I was lucky enough to put the lens on my Sony a7S in APS-C mode and shoot some vision with it. The lens had very good control of barrel distortion and exhibited nice sharpness. Its light weight design and compact size make it a nice lens to use on smaller camera set ups.

The lens weighs in at just 560grams, features a front 82mm filter thread and has a minimum focus distance of 28cm. The lens will retail for a very reasonable $599 US and be available to purchase from the 20th of February in Japan and March in the US.