The CTRL+ Console turns your iPad or iPad mini into a editing control surface or editor console for Final Cut Pro X, Final Cut Pro 7 and Adobe Premiere. By downloading the CTRL+ Console app and installing the downloadable software on either a Mac or Windows computer you can get responsive control over numerous key features of your editing system.

There is also gesture control that allows you to keep your eyes on your footage for the most common editing tasks. Jog and shuttle through your footage, mark in and out, and then insert the footage into your timeline – all through multitouch gestures done anywhere on the iPad.

I tried out CTRL+ Final Cut Pro version and was impressed. It was just as responsive as using my mouse or trackpad and gave me access to commonly used features. I liked using it with my left hand and kept my right hand on the mouse. It didn’t take me long to become familiar and comfortable with the control surface. No two editors do things the same way but I think CTRL+ is really quite simple to adapt to. 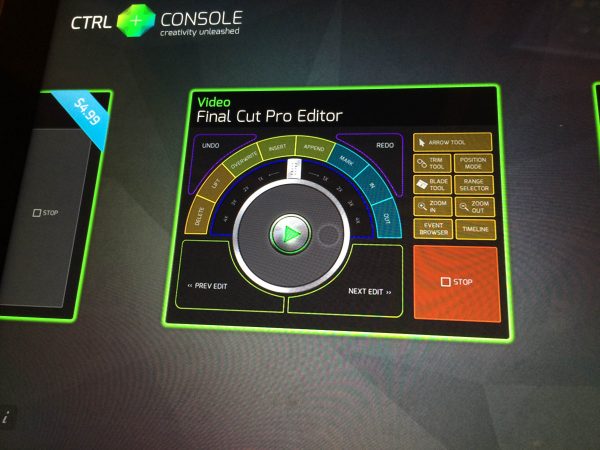 It is quite hard to find any negative aspects about CTRL+ Console – especially given its low price. If I was to be very critical I would have liked to be given the ability to access the effects window directly from the control surface in FCPX.