A GH4 on the Panasonic stand at the Inter BEE show in Tokyo today was running beta firmware with the V-Log picture profile. This Log profile is similar to the one in the much more expensive Varicam 35. This would be a very welcome enhancement for anyone trying to get the best possible image from the GH4, and a huge advantage for colourists trying to match the GH4 with other cameras.

As already announced, the firmware also had the ability to output 4K over HDMI – this enables recording of 4K ProRes on to the soon to be released Atomos Shogun. Other features slated for the next firmware release include HDMI timecode and HDMI record trigger. Something that both Sony and Canon have had implemented for quite a long time. 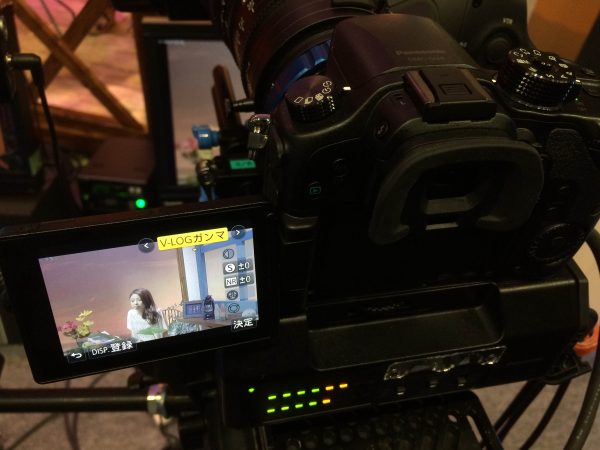 I spoke to a Panasonic representative who told me that the V-Log Picture Profile was only being tested at the moment and isn’t confirmed for the next firmware release. Interestingly enough though I did run into a Japanese shooter who had V-Log operational on his GH4.

(EDIT – I have been since been told by Panasonic that V-log won’t be in the next GH4 firmware release and they are just testing it).