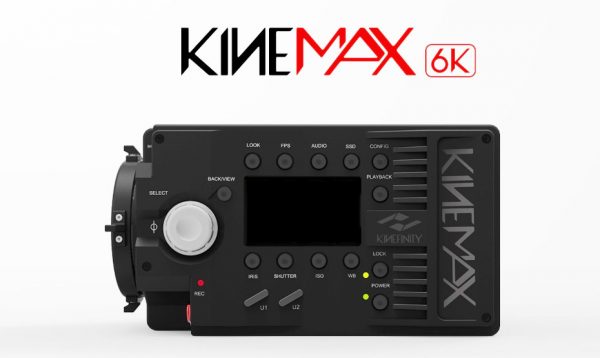 The second big camera announcement of the day from Kinefinity is their development of a brand new 6K camera. Details are fairly scarce at the moment but this is what we have:

The KineMAX 6K is a Super35 CMOS camera which can record a maximum resolution of a whopping 5760×3240 pixels at up to 30fps. Put another way that is nine times the resolution of HD or 2K. This is combined with a claimed dynamic range of 14 f-stops and 12-bit colour depth. By utilising pixel binning techniques the camera can also record 3K with a claimed 16 f-stop dynamic range and 14-bit colour depth. If true this is pretty staggering and quite an achievement for any company, let alone a Chinese one.

The base sensitivity of the camera is said to be around 800asa and there is an optical low pass filter that is designed for 6K performance but also is said to have little moire in 3K mode. 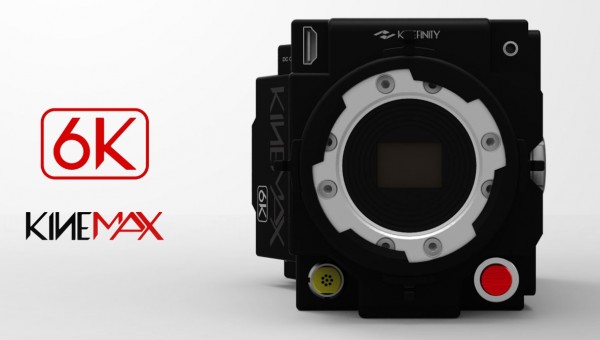 The camera will have a high speed mode allowing 2K at 100fps, 3K at 30fps. There is also a crop mode for 4K in which the camera is said to be capable of 50fps, There are additional crop modes for 2/3 B4 ENG lenses and S16 sensor sizes.

The company claim that the reasoning behind their 6K sensor is that is the optimal resolution for finishing in 4K – something they believe will become increasingly common in the future. This is actually the same argument RED have been making for their Dragon sensor and relates to the loss of true detail when de-bayering an image. They also argue that the 3K mode is actually the optimal resolution for final output in 2K or HD – allowing better actual resolution and also the ability to crop in post. In 3K mode the camera can record 3K Cineform RAW – 30 minutes will fit on a 64GB KineMAG SSD.

Design wise the camera is very much like a smaller version of their previous KineRAW S35 model and also uncannily like the Sony F55 at first glance. Size looks to be very similar to the F55. Lens mount options are based on Kinefinity’s own KineMAX short flange PL mount which adapts to PL, EF, Nikon or B4 with the appropriate adapter.

There are dual SDI monitor outputs and also dual HDMI ports. It is not known what resolution these will be.

Audio is catered for with 48V powered XLRs although what controls these have is unknown. There is also a headphone jack. Timecode can be output for sync with external audio recorders.

Power is via either V-mount or Anton Bauer type batteries and there are also two 12V outputs on the camera.

There appear to be no built-in ND filters on the camera.

Pricing has not been announced and more details are expected to be released at the NAB show in Las Vegas next month.