About three years ago James Smith came up with a truly innovative idea for a portable travel jib designed for DSLRs. The DSLR Devices MK Ultra Camera Crane was born. James manufactured and marketed it himself and many users including myself used them to get great results in places where no other jib could go. The concept was so successful that it spawned several imitators – some of whom did make a few improvements to the original design.

Not content standing still James has partnered with Genus to create an improved product with several new features and superior engineering.

Still lightweight and compact it weighs a mere 1.58 Kg, collapses to 84cm long and yet extends to 180.5cm. It can take a maximum camera weight of 4.25 Kg which means it can even carry cameras like the C100 and FS700 with smaller lenses.

I had a chance to see the jib in Hong Kong last week and was impressed with the overall build quality – especially considering the $395 US price. It is available to order now from the Genus website. 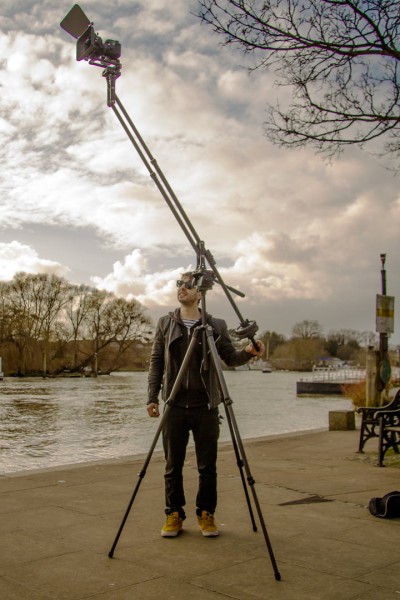